Is It Paid Media or Not? Making the Call

Recently, I received a call from my eighth grade niece. She was writing a report for her careers class and wanted to speak with me about public relations. In time, our conversation turned to paid versus unpaid content in an attempt to distinguish between PR and advertising. The next day, I recapped the conversation with a colleague and cited a mat release as an example of earned media, which opened up an interesting discussion: is a mat release placement really earned content or is it paid?

Traditionally, paid content is content that a brand has paid for which appears to the audience 100 percent as intended and unedited. So, while content is written in the form of a mat release article and sent to editors, editors can in turn edit the content to fit their space, style or other needs. The same can be applied to a satellite media tour (SMT). Although content is scripted, the television studio receiving the feed can edit the content and alter it. Ultimately, the content getting through to the audience is tailored and not 100 percent as paid for.

Over the course of a week, exchanges with colleagues and vendors soon revealed a divide with each side making compelling arguments about why a mat release, SMT, pay-for-play TV opportunity, etc. is paid content versus earned, the general agreement being that only content that is completely unedited should be designated as paid content. 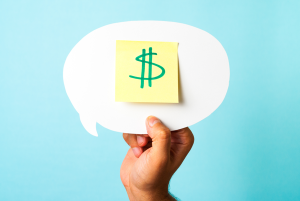 In 2014, the heat is on for account teams, departments and communication practitioners of all levels to develop and execute programs designed with a perfect 360° – paid, earned, shared, owned (PESO) – media mix. In an environment where determining and executing programs with a precise PESO mix seems paramount to success, consider the following as you plan:

Research – Reach out to colleagues, vendors and online sources to learn what methods fellow practitioners are following and why. Both AdWeek and PRWeek offer current case studies that include details about program components and evaluation.

Group consensus – Gather the team (this also could include the client) and set a clear definition of what you will designate as “paid” and “unpaid” media. It’s best to set your definitions before launching any part of the program.

Commit – Once launched, stick to whatever decisions you make for the duration of the campaign, initiative or for that particular client. Moving media from one category to another will affect measurement outcomes and potentially confuse judgment about what’s working and what is not.

Public relations practices and tactics are eternally changing and constantly adapting to stay in front of, or at least in-step with, consumers and business. Invest in the planning process in order to evaluate and determine a PESO strategy for your campaign, program or client. By doing so you should avoid unnecessary discussions about what tactics fall under which category, and where the results they generate, or not, will fall in reporting.

Related Posts: What Bo Burnham’s “Eighth Grade” Can Teach Social Media Marketers About Gen Z The School of Gaga – 5 PR lessons we can learn from Lady Gaga Celebrating Padilla Agency HERstories “Live Your Life’s Purpose and Unleash Your Joy” #WOY2014 What It Takes to Lead: An Ode to the Leaders We Admire What This Year’s Top Films Can Teach Us About Brand Strategy (Part 1)
X