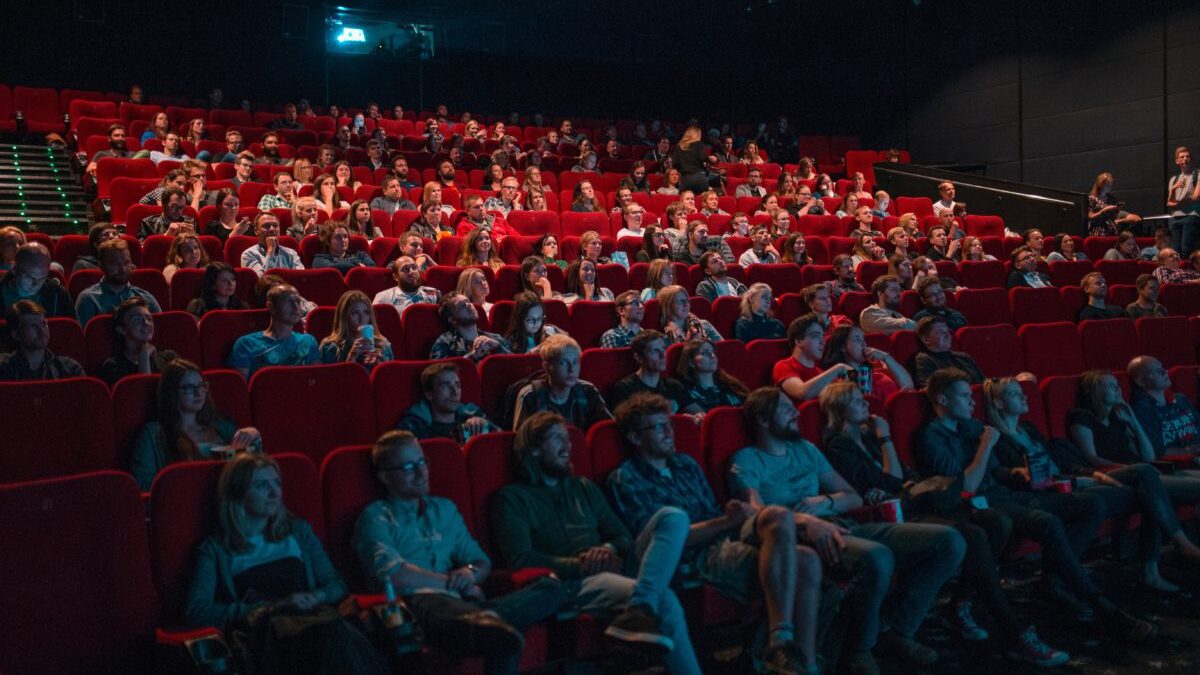 2018 was a decidedly great year for the film industry, marked by many milestones that suggest moviegoers are ready for diversity and a fresh perspective. Over President’s Day Weekend, Black Panther became the highest-grossing superhero film ever domestically (Wakanda forever!). In October, Crazy Rich Asians became the top grossing rom-com released in the past 10 years. And, a slew of new directors (Bradley Cooper, Boots Riley, Sandi Tan) gifted us with some of the year’s most introspective and idiosyncratic films – giving us hope that there’s plenty more to come after Jan 1.

Looking back on my favorite films from the past 365 days, it’s obvious that I’ve learned and grown from them on a personal level. The different narratives and plot lines have offered parable and perspective for my world (and thanks to John Krasinski’s A Quiet Place, I now know how to defeat super-hearing alien swamp creatures). However, what I also noticed is that these movies contain lessons that can be applied to larger scale – lessons that offer fodder for creative problem-solving and inventive business and brand strategy. Here are five lessons I learned from my favorite movies in 2018.

The best movies of 2018 contain lessons that offer fodder for creative problem-solving and inventive business and brand strategy. Click To Tweet

The feature film debut of writer-director and stand-up comedian Bo Burnum follows 13-year-old Kayla (Elsie Fisher) as she stumbles through her last days of (you guessed it) eighth grade. Kayla hosts a YouTube series called “Kayla’s Korner” where she gives advice to an imagined audience – she covers topics such as “Putting Yourself Out There” and “Being Yourself”. The irony lies in the fact that Kayla (like most 13-year-olds) has absolutely no idea how to be herself or put herself out there. She struggles to make real friends, ignores anyone who is genuinely interested in her in favor of fawning over the cool kids, and spends most of the movie playing the role of middle school outcast.

She’s so utterly uncomfortable in her own skin that you, as an audience member, can’t help but feel uncomfortable in your own skin. And, that is what makes this movie so good – no matter what age you are, the film drags you right back down into the pits of middle school. (Case in point: there’s a particularly harrowing pool party scene that will get your heart pounding faster than almost any horror flick.)

Lesson 1: Get Immersed in Their World

Bo Burnam does an incredible job of understanding his subject and truly immersing the audience in her world. What makes Kayla smile makes us smile, what makes Kayla tick makes us tick. He has a genuine understanding of what it is like to walk in Kayla’s shoes, down to the most minute details of her getting-ready-for-school routine (“Just woke up like this” selfie included).

Companies looking to reconnect with their customers in a more meaningful way – take note. Sweeping demographic generalizations artificially segment audiences and lead to bland, generic storytelling. A true understanding of your subject comes from the details. From the day-to-day scenes that make up that person’s life – the tiny struggles that feel like mountains and the little wins that feel like gold medals.

The Rider is one of the most beautiful and breathtakingly real films of 2018. The movie tells the story Brady Blackburn, a bronco rider and horse trainer in his early 20s. After a serious fall, Brady is left with a crippling head injury that leaves him questioning whether he’ll ever be able to ride again. The film follows him on his slow recovery, documenting his anguish as he comes to terms with his new identity and loss of purpose. Part way through, we meet Brady’s best friend and mentor, Lane Scott, another bull rider who has been paralyzed and left unable to speak as a result of a terrible (presumably riding-related) accident. The scenes between Brady and Lane are touching and genuine.

Set amidst the South Dakota plains and crippling poverty, director Chloé Zhao’s examination of indigenous American and hyper-masculine rodeo culture at once stupefies and mesmerizes. The lengths to which these riders go to stay on the horse, to “Man up! Be a cowboy!” is hard to believe. It might even be unbelievable…that is, if the movie were not based on fact… and if the characters weren’t playing themselves.

I spent most of this movie thinking, “Wow. These actors are so authentic.” I was blown away by their portrayal of a world so remote and alien to me. Then I found out that every actor in the film was playing a version of themselves. And that the story was largely based on fact. Brady Blackburn (Brady Jandreau) is a real bronco rider with a real head injury. Sadly, Lane Scott (Lane Scott) is really paralyzed. Scratch the high adrenaline car chases, and maudlin love scenes – in the case of The Rider, truth makes a better story than fiction.

When it comes to brand story, the same sentiment rings true. A manufactured and contrived brand will leave customers feeling defensive. They’ll close off their minds and their wallets. On the other hand, a brand that tells an authentic story will invite customers in. They’ll want to connect, learn more, and contribute to the cause. And, if successful, a brand story will provide a natural base on which the company can build a holistic and harmonious customer experience.

This is the first article in a two-part series. In Part 2, we’ll explore lessons to be learned from more of the great movies of 2018.