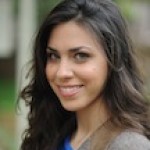 Mouths agape, my sister and I watched as a man sporting a pair of meticulously crafted angel wings with a six-foot wingspan nearly knocked out a security guard with his left wing and was escorted out of the concert venue. At that moment we knew we had come to a special place.

For my 18-year-old sister, our first Lady Gaga concert last weekend was a thing of dreams, but for me it was a fascinating window into Gaga’s methodically constructed public relations and brand strategy. Love her or hate her, you have to admit that Gaga knows a thing or two about building and executing a hugely successful business.

If you need convincing, just check out last year’s FORBES Celebrity 100 power list where Gaga was named World’s Most Powerful Musician of 2013, or the TIME online poll where readers voted her Second Most Influential Icon of the Decade. Her rank may have fallen slightly this year, but her 41.6 million Twitter followers suggest that she’s not fading into oblivion anytime soon.

Start taking notes. Here are 5 PR practices that have helped send Lady Gaga to the top:

2. Moreover, she communicates with that audience directly.

When it comes to engaging with her fans, Gaga isn’t shy about interacting with her audience. She reads fan letters aloud throughout her concerts and sometimes brings particularly passionate fans on stage to sing along with her.

Online, Gaga maintains an active social media presence (you don’t get 41.6 million followers by doing nothing) and retweets or directly responds to some fans’ posts. By regularly communicating with her fans, Gaga builds genuine relationships that keep them coming back, album after album.

The strength of this relationship makes her fans, self-described “Little Monsters,” feel like they are part of a larger community of like-minded ideals and musical sensibilities. In fact, the success of this community enabled Gaga to launch her own social media site, “LittleMonsters,” in 2012.

3. She owns her personal brand.

Gaga knows who she is and communicates her identity with utter certainty through the way she speaks and presents herself, the causes she supports and the events she attends.

A meat dress may not be your style. That’s fine, fabric is more flattering anyway. Just find what works and own it.

4. She leverages her brand to generate earned media.

Gaga earns a significant amount of her media and social media attention when she steps out in a crazy dress, writes a wildly popular song or publically supports a cause she is passionate about.

Not every company is as flashy and media-genic as Gaga, but here’s the takeaway: it’s essential to understand your brand to a point where you know how to tell the story, in a captivating way, time and time again. For Gaga, what draws the media attention may vary, but it is always consistent with her brand and her personality. This leads me to my last point.

5. She is consistent in the way she does each of these things.

Lady Gaga’s special brand of consistency is what I would call “consistent inconsistency.” Her personal brand promises the shock factor every time you see her, and she delivers in her scandalous outfits and unpredictable shows.

The key to building a genuine brand and keeping a loyal fan base is probably the least glamorous tip on this list. But consistency is what separates the novice from the professional. And a professional provides his or her audience with dependable results over and over again.