BuzzLine: Big Screens and Smartphones and Wearable Technology, Oh My!

You know, like the belt that holds up your pants and expands automatically as you eat.

Emiota’s “Bel-T” product “actually adjusts to your size automatically as you get fuller,” according to Fox News. 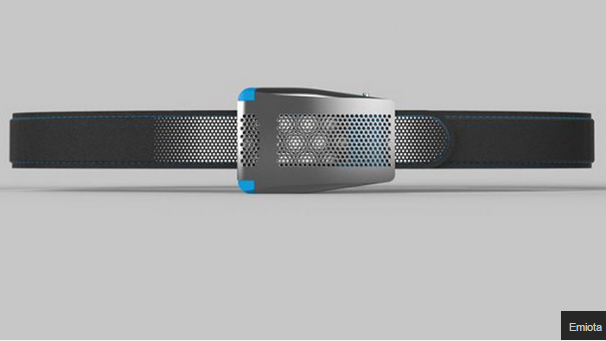 Sounds great for Thanksgiving, doesn’t it? But there is something that would make it “sound” even greater… a six-word Siri-like announcement that it’s about let your pants out a little!

What six-words would you like the Bel-T to belt out before it loosens up a little?

Share your six-word BuzzLine in the comments below. If we like yours best, we’ll send you a Starbucks gift card.