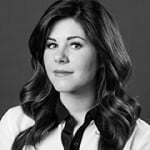 Here come the holidays. A wholesome time to spend with family and friends. A time to prepare and indulge in an abundance of food. Also, a time to anxiously await the Macy’s Thanksgiving Day Parade … and brand messaging.

The Macy’s Thanksgiving Day Parade has become an American tradition but, for today’s companies, it’s more than just wholesome, family entertainment. Since the 1920s, Macy’s “owned” Thanksgiving Day in a way that many brands wish they could. Not only has the parade helped to shape Macy’s into a well-known national brand, it’s transferred noticeable recognition onto every brand that participates in the walk from Central Park to Herald Square. What brand wouldn’t want to get in front of 50 million television viewers and a crowd of two million in New York City who watch the parade live?

But then again, it’s more than considerable exposure that these brands reap – it’s the long-term benefit of association with a parade known as an American family holiday tradition. For all companies involved, this touch point has the power to enhance brand equity and emotional connections long after Thanksgiving dinner. It’s become a bold promotion for brands that seek to be family-oriented, are looking for a new way to initiate excitement in the company’s brand, or want to become part of a historic holiday event. Talk about a branding opportunity; this positioning captures the parade’s positive attitude and shares that authentic connection with American families.

What’s more, the parade takes place just as the holiday season kicks off – think about the impact the parade has on retail spending in the days to follow. It’s likely that at least some of these brands re-appear in shoppers’ minds as they fight the shopping lines on Black Friday.

According to Macy’s parade producers, the original and ongoing goal of the parade is to entertain, not to get brands in front of people. Indeed, most brands do not make it front and center during the parade but, they at least have a place. Brands that sponsor floats are mentioned on camera as television hosts describe it in detail. As for character balloons, part of the criteria is that they be instantly recognizable by children. Since it began, a variety of brands have become involved in the Macy’s Thanksgiving Day Parade. We’ve become accustomed to seeing our favorite fictional characters from movies and TV line the streets of New York. But, lately, have you noticed more food brands? More consumer products? Or even travel and tourism companies? I’d be willing to bet that some will surprise you! Let’s take a look:

Entertainment companies like Walt Disney, DreamWorks, Universal Studios, Marvel Entertainment, Nickelodeon, Cartoon Network, and PBS are always finding a place in the parade, as they should. Movie and television characters from yesteryear and today get the most attention from children and adults, alike. Who can forget the classics – Snoopy, Spiderman, Mickey Mouse, or Kermit the Frog? And, let’s not overlook the newest characters – Sponge Bob Square Pants, Dora the Explorer, Finn & Jake, or Toothless from “How to Train Your Dragon.”

But, even with good intention, most of these companies can probably link participation in the parade to their bottom line. For example, Disney character appearances have coincided with the release of movies or sub-Disney brands. Sailor Mickey represented the Disney Cruise Line when its fourth ship Disney Fantasy set sail and Buzz Lightyear of Toy Story was featured to represent the merger of Disney Pixar and an Oscar win for best animated feature. Disney has even said that it looks at participation in the Macy’s parade as a chance to update characters of the past and remind viewers that the company is part of their present and future. On the other hand, newer companies might try to stand their characters alongside the iconic, more famous characters in an attempt to suggest a similar reputation. Is it all in the name of entertainment, or brand awareness?

Food brands might seem to be an appropriate fit given Thanksgiving Day’s association with food, yet past parades have sparked criticism of advertising food to children. None the less, McDonald’s Ronald McDonald continues to be featured in the Macy’s parade every year. In fact, he joined the same year he became the company’s spokes character in 1966. Also, Kraft’s big grin Kool-Aid man has been featured alongside its Macaroni & Cheese mascot Cheesasaurus Rex. You probably also recall the Pillsbury Doughboy, M&M candies, and Mr. Peanut. Not to mention the newest food floats to join the caravan include Pepperidge Farm “Goldfish” crackers, Domino Sugar, Lindt Chocolate and Ocean Spray Cranberries. Hungry yet?

Consumer products have increasingly become widespread in the Macy’s parade, despite complaints about commercialism. Some brands make sense, given the stature of their spokes characters, while others are a tough sell. Nonetheless, a staple to the parade is the Energizer bunny – he’s been “going and going” for a while now but, these days, Energizer is getting less market attention and the company likely continues its sponsorship to maintain brand awareness. On the other hand, new comers include the Aflac duck, debuting on a sleigh balloonicle (a balloon powered by a vehicle), and sponsored floats by Build-A-Bear Workshop and Gibson Brands. In the past, the Monopoly man and Ask Jeeves character were featured as balloons. Is Macy’s walking a fine line between children’s characters and commercial brands?

Lastly, travel and tourism companies have found a place in the Macy’s parade. SeaWorld plans to include a float to celebrate their 50th anniversary, and South Dakota Department of Tourism will feature a float with the landscape Mt. Rushmore. Homewood Suites hotels, Hess gasoline, Royal Caribbean cruise line, and Delta Airlines carrier are among other travel and tourism brands in the parade. Is it a stretch to say these float sponsorships focus on family entertainment? Seems to me that these brands are promoting the idea of family vacations, rather than entertaining for the sake of the parade. Regardless of Macy’s criteria, these travel and tourism brands are doing well to reach their target market – American families.

…Haven’t had your fill?

It is that time of year when consumers cook more than any other, so here’s a bit about America’s favorite Thanksgiving brands that continue to maintain the status of all things turkey.

1. Butterball is 55 years strong, has a very loyal following, and has the longest-running turkey talk hotline around. It’s done well to transform itself into a relevant brand for new cooks by developing turkey recipes for deep fryers, microwaves and toaster ovens. Butterball is also moving its conversations to “turkey texts” and social media.

2. Ore-Ida is a hybrid of the first few letters of Oregon and Idaho after the development of a potato-processing facility located in Oregon, near the border of the state of Idaho.

3. Stove Top Stuffing gets its descriptive name from being an instant stuffing prepared in a pot on the stove, unlike traditional stuffing.

5. Jennie-o Turkey was renamed after founder Earl B. Olson’s daughter in 1953, thirteen years after he started raising turkeys.