The Power of National Media Coverage 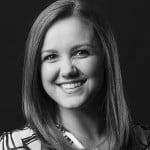 On January 16, 2016, President Obama declared a state of emergency for the city of Flint, MI, due to dangerously high levels of lead contamination in the drinking water. The announcement spurred extensive national media coverage—stories of a toxic water supply, residents “living like refugees” and government cover ups.

For Flint residents, the problem isn’t a new one. It started three years ago. Local TV stations and newspapers covered it extensively as the situation escalated.

So why did it take so long for the rest of the country to care? What happened in Flint is a fascinating case study of the power of national media coverage—or, lack thereof.

Let’s back up. In early 2013, the Flint city council voted to stop buying water from the city of Detroit and join the Karegnondi Water Authority. The KWA is responsible for a new pipeline project to deliver water from Lake Huron.

Although the KWA won’t be complete until 2017, Detroit reacted to the news quickly, notifying Flint that it would stop selling the city water in April 2014. Flint turned to an interim water source—the Flint River.

On April 25, 2014, Flint Mayor Dayne Walling turned off the Detroit water feed, calling it a “historic moment for the city of Flint to return to its roots and use our own river as our drinking water supply.”

Seems like a good idea—but residents soon began to complain that the water tasted and smelled bad. Positive test results for E. coli bacteria triggered a boil advisory and eventually the city confirms that the water is in violation of the Safe Drinking Water Act.

By this point, it’s 2015 and through all of this, officials have maintained that the water is safe to drink. The media coverage has remained local.

But what happens next propels the story into national headlines. Flint resident and mother of four LeeAnne Walters demands an investigation after her family experiences months of health problems. A city official finds levels of lead more than 20 times greater than the maximum concentration allowed by law.

Over the next few months, national news outlets start to chime in. NPR, the Associated Press and Al Jazeera America all covered the crisis extensively.

But the reality is, Flint residents were facing irreversible neurological and behavioral effects of lead poisoning, and national television networks had devoted less than an hour and a half combined to the issue before it was officially announced a state of emergency. 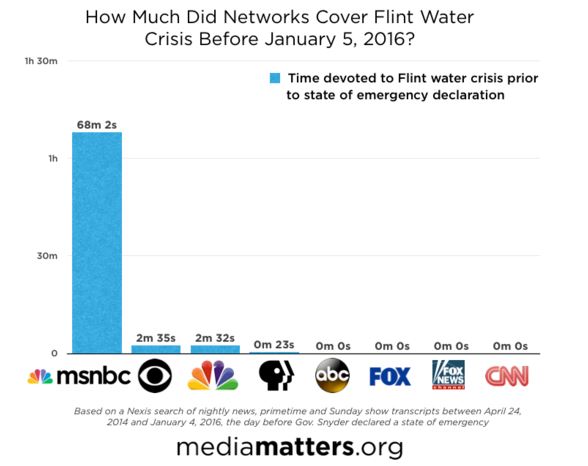 MediaMatters.org has a fascinating analysis of exactly how and when national media covered the crisis.

At the end of January, New York Times Public Editor Margaret Sullivan spoke out about the missed opportunity.

“Imagine if The Times really had taken on the Flint outrage with energy and persistence many months ago. With its powerful pulpit and reach, The Times could have held public officials accountable and prevented human suffering,” she said.

“If The Times had kept the pressure on the Flint story, the resulting journalism might not have made the “trending” list — but it would have made a real difference to the people of Flint, who were in serious need of a powerful ally.”

What do you think? Could earlier national media coverage have made a difference for the people of Flint?

Related Posts: Health Trend: Teen drinking and drug use declines BEER-CATION: 45 Must-Visit Breweries (INFOGRAPHIC) ABCs of the 2016 Olympics The Workplace Word: Toxic Cultures, Best Places to Work and the Value of a Mentor David v. Goliath: How Water Beat Big Soda 6 Easy Ways to Get Local News to Cover Your Story – and Why It’s Important
X