PadillaCRT recently welcomed soon-to-be high school graduates Mac and Garrett as externs in our Richmond office. One day, a 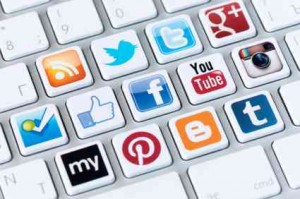 casual conversation spurred a larger discussion about the demise of Facebook usage among today’s high school and college students. While it’s no secret that this trend is occurring in social media, we were curious to get the perspective of two true 18-year-olds in the thick of it. Here’s what they had to say about Facebook and “new” social media.

Critics speculate that Facebook has finally hit the wall in terms of growth and we agree. We are no longer seeing increasing numbers of users and activity. Here’s why:

All that said, Facebook does still have a place for our generation. We’re on it… just not as much as everyone else. This is mainly because of the profile – your social and online identity.

So, even though we aren’t the biggest fans of Facebook, it has its place. We’ll keep checking on it now and then. For us, there are much better options with Instagram and Twitter. No wonder Mark Zuckerberg snapped up Instagram so quickly!

Related Posts: If Teens are Bailing on Facebook, Where are They Going? On Purpose: A “Breakthrough” Communications Model for Education Health Trend: Teen drinking and drug use declines Consumer Trends: 6 Apps and Tools to Help You Survive #BackToSchool Shopping 2016 Booze Trends: What we love, hate and can’t wait to start On Purpose: Barnes & Noble College’s Cynthia Zimmer on the Role of Brand
X