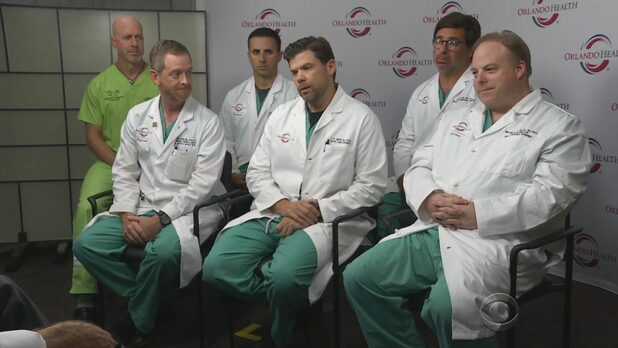 In the wee hours of Sunday, June 12th, Orlando Health’s Orlando Regional Medical Center (ORMC) was thrust into the spotlight as the Level 1 trauma center responded to the worst mass shooting in U.S. history.  49 dead, 53 injured.  44 of the victims arrived in the emergency department at one time.

A nightmare on every level.

ORMC has been praised for its response to the tragedy. The hospital has received an outpouring of support locally and nationally, recognizing the heroic efforts of the medical team.

Thankfully, this tragic scenario is an unlikely one for most hospitals, but it does demonstrate that organizations have to be ready for the worst – sometimes even worse than they could ever imagine. As health care communications professionals, what can we learn from the ORMC response?

1) Plan for the worst – and drill for it regularly

In a recent blog post, Brian Ellis, PadillaCRT’s Crisis and Critical Issues practice leader notes, “In crisis management, the name of the game is speed. The faster a crisis team can get ahead of the issue, the less damage will be caused to the company. Speed is based on three factors: the flow of information inside the company, the internal processes that drive decisions, and trust.”

In a CBS interview with surgeons from ORMC, the hospital was commended for recently drilling for a similar crisis. (“Just three months ago, Orlando Regional Medical Center practiced an active shooter mass casualty drill…”). It may be impossible to anticipate every specific scenario, but it’s important to work through responses to the kind of crises most likely to impact a hospital: mass casualty, active shooter, cyber breach, just to name a few. This results in a faster and more coordinated response, which can affect the overall outcome. It also builds trust and confidence among the team in their ability to successfully navigate any crisis.

As Mr. Rogers famously said, “When I was a boy and I would see scary things in the news, my mother would say to me, “Look for the helpers. You will always find people who are helping.” In this instance, the doctors, nurses, and the entire team at ORMC were those helpers (along with law enforcement, EMTs, and countless others who helped along the way).

ORMC put their core team of surgeons forward to tell their stories in media interviews and press conferences. Each surgeon had an emotional and compelling story to tell. It may have been tempting to highlight the CEO to talk about the lifesaving efforts of the team at ORMC, but the hospital smartly held back and let the “helpers” tell their own stories, in their own way.

In addition to traditional media, a poignant story by a surgery resident went viral in social media. Dr. Joshua Corsa wrote a post about his shoes that were covered in blood following the treatment of many victims and how he plans to wear those shoes until the last patient leaves ORMC. 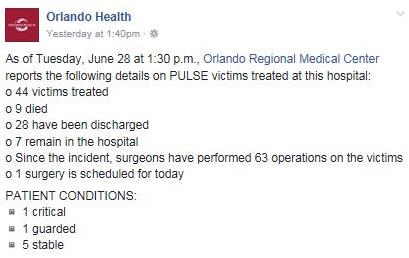 nue, as five patients remain in the hospital – one critical, one guarded, three stable, as of Wednesday, June 29th.

In addition to offering their core team of surgeons to the media, ORMC held a press conference featuring a patient in stable condition, just two days after the tragedy. Survivor Angel Colon bravely told his story, surrounded by his loved ones and his medical team.

ORMC also established itself as a resource to the community, providing information on how to help and support victims and their families by donating blood, offering translation services, sending well-wishes and cards, and more.

ORMC may not have been able to anticipate the scale and the exact details of the Orlando tragedy, but it was clear that they had a crisis plan in place. Is your organization prepared for a crisis? Measure your overall preparedness and get some tips on how to improve with PadillaCRT’s free (and anonymous, if you choose) Crisis IQ tool.