The Current State of the Lime-Life 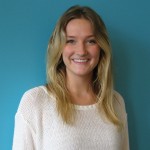 Unless you’ve been living under a rock, you’ve probably caught wind of the current lime shortage. The last few times I’ve sat down at a bar to have a cocktail, I’ve a) heard people complain about lemons in their drink; b) cursed the acidic juice in my hangnail while squeezing the puniest, poorest excuse of a lime wedge; or c) simply received no lime at all. I’ve even seen chefs tweeting their frustration about inflated lime prices. Just one year ago, a 40-pound box of limes cost a mere $25 bucks. Today, the going rate is a $100 – insane! Satiric publications like Slate have kindly guided us with alternative ingredients to use in this dire time.  I’m the first to admit, it’s easy to get carried away commiserating with your lime-less peers, but the cause of the shortage is quite serious, and is linked to the Mexican drug cartel. 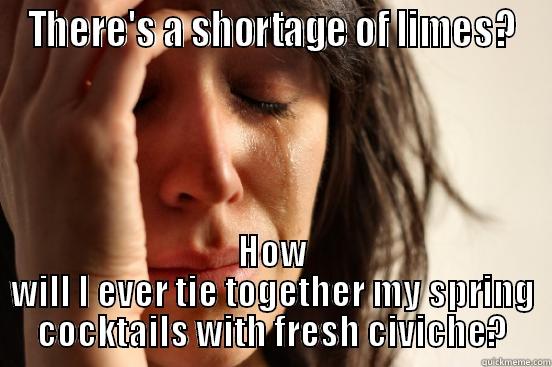 Between a drought, a harsh winter and invasive bacteria, the past season’s lime harvest was just plain bad. Subsequently, cartels saw an opportunity to capitalize on the threatened industry. Gangs hijacked lime trucks, demanded ransoms and imposed obscene taxes over farmers. Government groups stepped in to suppress extortion but have ultimately perpetuated the situation by redistributing power to yet another corrupt institution. Amidst the political power struggle, it is the farmers, in the end, who have been left to suffer major consequence and loss. Since 95% of limes sold in the U.S. are are imported from Mexico, we have felt a financial impact of staggeringly high prices and low availability.

I like a lime in my drink as much as the next guy, but I am also aware of my surroundings and the world. Before I bitterly suck down one too many un-garnished whiskeys, I will take a moment to remind myself – and all of you– that the problem is much bigger than what is – or isn’t – in my glass. As PR professionals, we are supposed to be well-informed, transparent communicators to the public, and as food and beverage experts, we are meant to share the how and why behind culinary trends, news, research and insights. So when the responsibility of a massive lime shortage lies in the hands of the Mexican drug cartel, and famers’ lives and wellbeing are at risk, make a point to inform others and accept that lemon or, for the time being, go lime-less.

Related Posts: Haters Gonna Hate… Vodka? Is Cannabis the most versatile ingredient ever discovered? Top chefs explain why they’re high on the green. Hot Trend Alert: Mixing It Up with Beer Cocktails Rumming Around for Summer – Top Reasons to Mix up a Rum Cocktail Immediately Liquors That Last – 3 Brands to Remember from the Manhattan Cocktail Classic 2016 Booze Trends: What we love, hate and can’t wait to start
X