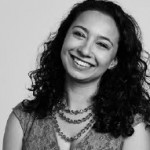 The adult beverage market is as vast as the sea, with ever changing tides to keep marketers on their toes. The explosion of the craft beer movement has brought a lot of recent attention to sour ales, which are popping up all over. Just when you thought you were learning the difference between porter and stout, sour beer is the new kid on the block. Intentionally acidic and/or tart, “sour beers” are the newest trend in alcohol segmentation.

Marketers should understand that many of today’s products have crossover appeal; they are products that target more than one audience. A sour beer so complex, it lures the perpetual wine drinker in for a sip. A spirit aged in beer barrels, so enticing even the most staunch beer drinker would give it a try.

The story of sour ales is almost as old as the story of beer itself. Modern day brewing is a sterile, thoughtful process, but it hasn’t always been so. Before pure yeast cultures were available, brewers of old would use wild yeast to start their brews. This process was unpredictable, and usually resulted in sour-tasting beers.

The process of producing a sour beer takes time. After fermentation, which can take weeks if not months, most sour beers are aged in barrel. But you thought only wines were aged in barrels? Not so anymore. In fact, we are seeing a trend towards barrel-aging, not just for the fruits of the vine but for spirits and even beers. Some of the most coveted whiskeys are aged in oak before release. And barrel aged beers are becoming even more ubiquitous than our titular sour ales.

Craft beer aficionados, like oenophiles before them, will tell you the flavor and aroma of beer can be very complex. This is due not just to the malt, hops and water that are used to brew the beer, but also from the yeast and the byproducts that form during fermentation. Notable byproducts would be alcohol and carbon dioxide, but there are several others that impart complex flavors and aromas on the beer. These byproducts generate flavors that appeal to the crossover consumer.

Sour beers are an example of an opportunity to expand the beer buying consumer base. Due to the complexity of flavor and their parallels to aged wines, these beers appeal to loyal oenophiles and craft brew-drinkers alike. And the best way to get them to try your client’s newest offering? I recommend in store tastings and events that get the product onto the palette of the consumer (just be sure you are aware of the varying state-by-state compliance laws for such events).

Reign in the Crossover Consumer: Marketing a Story

On a not-so-recent trip to my local brewer, Carton Brewing in Atlantic Highlands, NJ, I had the opportunity to taste my first sour ale, an experiment from this hyper-local brewing team.  The story goes something like this: the year was 2012 and they were experimenting with a short sour lactic rest on one of their stouts, but next thing they knew, Hurricane Sandy came in, flooded the region and shut off power for a week. Instead of returning to their brew within 24 hours, the souring lasted 8 days.  Carton tells the story of this beer with pride, naming this offshoot “Disaster” as homage to the silver lining that came from the super storm. It’s simple but it’s smart. Telling the story of the product allows the consumer to relate and feel connected to it. That some of the funds from the sales are used for charitable donations is just the foamy head on the top of the drought.

Crossover products are more easily marketed because they appeal to a variety of consumers. Don’t be afraid to diversify your product offerings. Don’t underestimate your client’s palette; most Millennials are willing to try something new. Tell the story behind the beverage and give the consumer something they can relate to. Everyone has a story. What’s yours?