It’s Not About You – Effective Storytelling Tips from Former Journalists 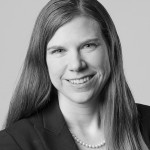 With nearly five PR people for every reporter (U.S. Bureau of Labor Statics), journalists are getting more and more inundated from organizations pushing their story ideas. One national reporter shared with me that she receives about 100 story pitches a day! And with fewer and fewer journalists around, those left standing have more responsibilities and shorter timelines to produce their stories.

So what are PR pros’ best options to break through the clutter and tell their organizations’ stories? I posed this question to my colleagues who are former journalists and who are some of our top media relations counselors. A repeated response from all them was that organizations need to start their storytelling approach by thinking about why the audience is going to care. The story is not about their organization itself – it’s about the impact on the media outlet’s audience. Here are the pros and what they have to say:

Spent several years as a TV reporter in Minnesota and production support at a Minnesota lifestyle TV program.

Spent 10 years as an Emmy Award-winning television news reporter, anchor and producer in Georgia, Virginia and Florida and contributed to national networks including CNN, CBS and ABC. 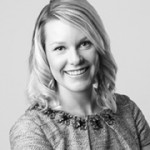 Spent several years as an anchor, multimedia TV journalist and content producer in Madison, and contributed to a “Best Morning Newscast” distinction within Wisconsin.

How do you think organizations can become better storytellers?

What do you think is the biggest change impacting journalism today, since your time as a reporter?

What do you think are the most common mistakes organizations’ spokespeople make?

What skills have you brought from your journalism background to benefit your work as a communications counselor?

What’s an organization you admire in its storytelling strategy?

Related Posts: Focus Your Post-Pandemic Evolution with Familiar Strategy Tools The Jobs Doctrine Celebrating Padilla Agency HERstories Pitching and the Newsroom: An Inside Perspective 3 ways PR pros can help journalists What It Takes to Lead: An Ode to the Leaders We Admire
X