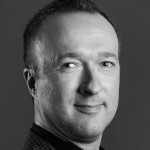 Those of us in PR who represent food, nutrition and health products are often re-explaining and redefining our consumables based on evolving science. While other industries such as consumer electronics definitely have lots of technical updates to communicate to passionate publics, people tend to have a special level of concern about a product they actually swallow and put into their bodies. Is it wholesome and nutritious? Will it keep me from getting a disease, or will it cause unwanted side effects? The answers to those questions can change over time as researchers conduct more studies, and foods we once gulped down can sometime fall out of favor while other foods we once shunned can become desirable. It’s challenging for marketing communicators to ensure the public keeps up with the facts.

Here’s a glimpse at five foods whose confusing stories have clarified over time and taken them from “avoid” status to mass consumption:

Tomatoes. This is perhaps one of the more dramatic supermarket turnaround stories. While today tomatoes are our country’s fourth-most popular fresh-market vegetable (actually, a fruit) behind potatoes, lettuce and onions, they were once thought to be deadly toxic. For centuries, Europeans and then Americans mistakenly feared the “wolf peach.” Eventually, depending on which historical anecdotes you believe, boosters such as Thomas Jefferson and a certain Colonel Robert Gibbon Johnson – who reportedly ate a basket of tomatoes on the steps of a New Jersey courthouse in front of a crowd who expected to see him die but surprisingly didn’t – helped rehabilitate tomatoes’ public reputation.

Eggs. Even as we’ve moved away from being a primarily agrarian society – where we once ate what we grew ourselves AND needed lots of calories to fuel hard manual labor – Americans have loved eggs. At our high point in 1945, we ate 402 per capita. Fifty years later, however, it was almost half that amount. That’s largely due to fears about fat and cholesterol in the yolks. But by 1999, Harvard researchers published a paper noting that eggs contain other beneficial nutrients that may counteract the effects of cholesterol, and the mantra “an egg a day is okay” began to make our traditional breakfast welcome again, within moderation. Today, driven by our increasing hunger for protein and our more nuanced knowledge about fats, eggs aren’t vanishing from the menu anytime soon.

Avocados. Speaking of fats, avocados are another fruit with a fairly recent image makeover. Along with tree nuts such as walnuts and almonds, avocados were historically great for occasional snacking – an indulgent “sometimes food” – but always with a wary eye to the amount of fat and calories that their delicious flesh packed. All fats are not created equal, however. According to the USDA, unsaturated fats do not raise LDL cholesterol (the bad kind) in the blood and are actually beneficial when consumed in moderation. This good news has taken avocados and tree nuts from “sometimes food” to “everyday food.” It’s an ongoing learning process, alas: according to a survey by the Hass Avocado Board, less than 4 in 10 people correctly identified monounsaturated fats and polyunsaturated fats as good fats, and over one-third of people responded inaccurately that monounsaturated fats and polyunsaturated fats are actually bad and should be reduced or eliminated from the diet. We’ve got more educating to do.

Chilean seabass. As the new millennium dawned, it seemed like the general guideline to eat less red meat and more fish and fowl was pretty clear. Then, we were given a confusing detour: some seafood isn’t necessarily that safe (due to pollutants such as mercury) and some simply are not sustainable (due to overfishing or bycatching). What’s an omnivore left to eat within good conscience? Chilean seabass – the more palatable name for toothfish – was a restaurant menu darling in the 1990s, but then the publicity machines kicked in and we were taught that this swimmer was so tasty that it was becoming endangered. Chefs and diners listened, and thankfully, today this fish (and swordfish, another previously “stop eating!” treat) have rebounded and are once again on the politically correct list to sauté and grill. It’s hard to keep track of which fish is okay or not, but the Monterey Bay Aquarium Seafood Watch list can help. 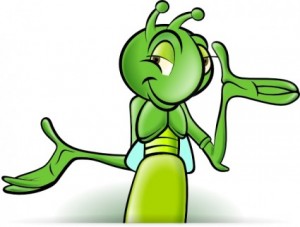 Insects. Oooh, now I’ve got your attention! What on earth are these six-legged monsters doing on the “formerly” vilified foods list? Aren’t they still disgusting? Well, in case you haven’t heard, the population of this planet is growing faster than its food supply, and one natural source of nutritious protein that we Westerners have yet to embrace is insects. They are plentiful, create much less of a destructive environmental footprint than conventional food animals, and may just be our future savior. Eighty percent of the world’s peoples already eat insects as part of their diet, and recently modern food processors are starting to take the cue and experiment with insects as an ingredient in products such as protein bars. Sooner than you think, we might be willing to accept crickets as a more “natural” additive to our snacks than chemicals such as BHT. It will be reckoning time to decide: which is more off-putting?

What other formerly vilified foods can you think of? What do you think is next to make a comeback?