Lessons from Adelphi University: Don’t be a pretend something. Be a real something. 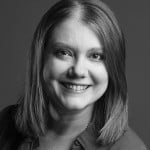 Everyone can’t be Harvard.

That was the phrase ringing in my head in May when I posted on the need for colleges and universities to find their fit in a crowded marketplace.

Dr. Robert A. Scott, who recently ended his 15-year tenure as president of Adelphi University, had a similar idea when he arrived on campus. With the specter of past controversies looming, enrollment in severe decline, half-empty residence halls and several key academic departments in danger of elimination, he faced a dire situation.

Dr. Scott brought a refreshingly straightforward approach to his vision for Adelphi’s identity. “Too many colleges and universities try to emulate the most prestigious institutions when it’s not in their DNA,” he said. “I didn’t want Adelphi to be a pretend something; it needed to be a real something. People had to be reminded of its strong heritage of professional programs, like teacher prep, nursing, social work, business.”

And, his approach didn’t waver. The efforts and initiatives Dr. Scott set into motion at Adelphi all built on the school’s ability to prepare students for their lives and careers through ”a strong liberal arts and sciences program bound with our professional schools.” Under his direction, the university built up its external recognition; prioritized student success; increased partnerships and involvement in the Long Island community and region; and reenergized alumni relations.

The result? Enrollment is up by 48 percent. Dozens of new programs and services are up and running – and 300 new faculty members are on campus. More than $250 million of construction and renovation has been completed. Annual giving by undergraduate alumni is closing in on 10 percent, up from two percent in 2000.

Related Posts: To be or not to be (covered)? Why ACA Enrollment Skyrockets Despite Marketing Rollback Six tips to engage employees during open enrollment 10 Tips for Open Enrollment Internal Communications On Purpose: Barnes & Noble College’s Cynthia Zimmer on the Role of Brand Fitness Brands Build Success by Removing Barriers On Purpose: #HigherEd, Branding and the Elusive Differentiator – Part 1
X