Is Twitter the “Social Soundtrack” of Today’s TV Shows? 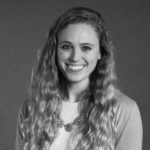 “I got off the plane.” It’s hard to believe this month marks 10 years since Rachel said those now famous words to Ross, finally giving viewers across the country a long-awaited happy ending for our favorite will-they-or-won’t-they couple.

As a huge Friends fan (my best friend and I rarely make it through a conversation without a reference to our all-time-favorite-show), I revel in every opportunity to reminisce about some of the best moments and lines from the Central Perk gang. Most recently: a BuzzFeed article called “If ‘Friends’ Had Used Suggested Hashtags.”

While I immediately began to think of others to add to the list (i.e. #perfection, #howyoudoin, #smellycat), I also started thinking about how social media has changed the way we watch TV. It’s nearly impossible to turn on the TV these days without seeing an array of hashtags encouraging us to tune in via our second screen – from live broadcast events like the Super Bowl and the Golden Globes, to our favorite weekly sitcoms and dramas. Social media adds a new level of engagement for viewers – and endless opportunities for brands looking to engage them. According to a study by Nielsen, the audience viewing the tweets is, on average, 50 times larger than the number of authors tweeting.

Speaking recently at the MIPTV conference in Cannes, Twitter’s chief media scientist Deb Roy drew a comparison between Twitter buzz and the music in a film, calling it “a synchronized social soundtrack for whatever is happening in the moment, as a shared experience.” He went on to say that Twitter makes television better, enhancing its impact and possibilities, the way a soundtrack enhances a film. Consider Jaws without its iconic theme – just a “silly robotic fish splashing around in the water!” said Roy.

A recent study by Brain Juicer found that combining Twitter and TV leads to an increased positive emotional response toward brands. Results also showed that those watching TV and using Twitter at the same time fall into two different mind sets: relaxed (lean back) and engaged (lean in).

“When consumers are relaxed, the focal point shifts between Twitter and TV depending on what is happening on the screen,” said Twitter’s editorial manager, Gordon Macmillan. “Here viewers might be engrossed in a drama or a movie; they’re paying close attention to the action and aren’t so focused on tweeting as they watch. Come the show’s end, things change. People jump on to Twitter to share their reactions and read those of others — and the volume of Tweets spikes.”

This certainly hits home for me – I often have one eye on the TV and one eye on my Twitter feed, wondering whether others are equally outraged by the death of a beloved character or baffled by an unexpected plot twist (I’m looking at you, #GameofThrones). 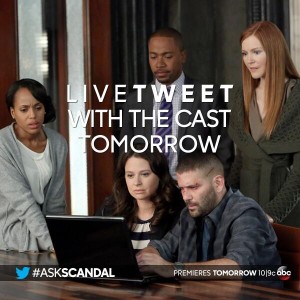 A great example of a show successfully using hashtags – and one of my personal favorites – is ABC’s Scandal. Every week, I tune in to watch Olivia Pope and her Gladiators “handle” whatever situation comes their way. And every week, I see creative hashtags being put into play via promos for next week’s episode (i.e. #MamaPope, #badjake or #goodjake, etc.). Not only that, but the show’s cast members, writers, producers and others live tweet during the show using hashtags like #Scandal and #AskScandal, allowing the audience to engage with them directly.

Their strategy is clearly working for them: the show generates an average of 350,000 tweets per episode, and the second to last episode of the season garnered 1.9 million unique audience members, according to Nielsen’s Twitter TV rankings (#Gladiators #nailedit).

So where do you fall on the TV/Twitter line? Do you enjoy having a “social soundtrack” for your favorite shows, especially when the credits always seem to roll too soon? Or are you experiencing hashtag overload a la Jimmy Fallon and Justin Timberlake (and now Jonah Hill)?

As for me, I’ll continue imagining a world in which #wewereonabreak is a real thing.