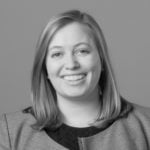 With Sunday night’s Golden Globes, 2019 awards season has officially kicked off. For me, awards season is my playoff season and The Oscars is my Super Bowl. From the fashion to seeing which stars/movies win big to behind-the-scenes celebrity Instagram posts, there’s always a lot to see both on TV and online when it comes to awards season. As the nearly 3-hour event went on, viewers took to social media to express their feelings about one of Hollywood’s biggest nights. Everyone learned that Christian Bale is British, the Fiji Water Girl meme was born, Sandra Oh had a win for representation when she won Best Actress in a TV Drama for Killing Eve, and antivaxxers even had their moment when the audience was given flu shots.

When the Golden Globe Awards began in 1944, or the Academy Awards began in 1929, there was no Internet or social media. Now, like anything else these days, social media has drastically shifted how we discuss our predictions, reactions and criticisms during awards season, many saying Twitter is the most entertaining part of the show.

Now, like anything else these days, social media has drastically shifted how we discuss our predictions, reactions and criticisms during awards season, many saying Twitter is the most entertaining part of the show.Click To Tweet

There were several surprise upsets at the Golden Globes, such as Glenn Close beating Lady Gaga, Green Book winning Best Picture – Comedy or Musical, The Kominsky Method winning Best TV Comedy/Musical, Black Panther not winning a single award and Bohemian Rhapsody taking home the biggest award of the night, and critics took to Twitter to express their frustration.

During a time when awards shows are trying to stay relevant and reflect popular opinion (see The Oscars’ new “Best Popular Film” category, which left Twitter divided last year), it is interesting that so many of the night’s wins were not the most popular nor well-known films and tv shows. As an early awards season favorite for best actress, it was a shock for many fans (including myself) when Lady Gaga did not take home the Golden Globe for her work in A Star Is Born (though she did deservedly win for Best Original Song), the award instead going to Glenn Close for her work in The Wife.

Many fans took to Twitter, tweeting that Gaga was robbed, while others pointed out that while not as well known, Close’s performance in The Wife was incredible in its own right, and she had waited for her turn to shine in her decades-long career. Moreover, as the third highest grossing film in North American box office history and a cultural phenomenon, fans thought that Black Panther would be the first superhero film to be taken seriously at awards shows. However, the film did not win any awards, which fans again expressed their outrage over on social media, one tweet reading, “Not sure what Green Book winning and Black Panther not winning means, but it means something right?” Green Book was another shock of the night, taking home three awards despite its controversial topic with many expressing outrage on Twitter.

On the tv side of things, there were also some shocks along the way, such as The Kominksy Method winning despite no one having heard of it and the popular opinion that other shows such as The Marvelous Mrs. Maisel, Barry and The Good Place being more deserving. When The Good Place lost, many fans tweeted that we must be in The Bad Place, a popular joke from the show. Because The Kominsky Method only premiered on Netflix in November, most had not seen or heard of it, which many tweeted about, one tweet saying, “The Kominsky Method is how you go online and find out what The Kominsky Method is.”

Overall, what you can learn from the emergence of social media and awards shows is that the most popular film/tv show, or even the best film/tv show in the audience’s opinion, is often not the choice of those deciding the winners. It’s important to remember that the Golden Globes are voted on by the Hollywood Foreign Press Association, a group of foreign journalists, while The Oscars are decided by The Academy, which is actually made up of those working in Hollywood, so one is not necessarily predictive of the other. With social media, there will always be people who shout the loudest with their outrage over their favorites being “robbed.” Because awards shows are about “art” not the most “popular,” there can always be a surprise win when a lesser known film beats out a film that’s been praised on social media for months.

Related Posts: Lights, Camera, Tweet: Social Media’s Impact on Hollywood’s Top Hits Broncos or Panthers? Do we even care? How the Super Bowl consumes us all. Pharmaceutical Ads Lose the Super Bowl Super Bowl 2016: The tale of underwhelming QBs and Ad spots Ad Bowl XLIX: Who Scored, Who Flopped and Who Caught Us Off Guard Here’s What Really Happens When a City Hosts the Super Bowl
X