Fresh off the Tap – Three Craft Beer Trends to Watch 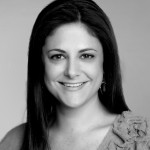 Hot off the tails of the Brewers Association Craft Brewers’ Conference, check out these top trends in craft beer, and always remember, it’s five o’clock somewhere.

As mentioned in my last post in this series, there is an amazing sense of camaraderie in craft beer. One demonstration of this is the collaboration beer, which while not new, continues to grow in number and style. One example I recently got my paws on was a beautiful and hop-forward, limited release Imperial IPA called Rhizing Bines, the second partnership between Sierra Nevada Brewing Co. and Dogfish Head. On the experimental side, acclaimed chef Grant Achatz’s innovative cocktail lounge, The Aviary, partnered with Belgian brewery Evil Twin Brewing to create a collaborative series of beers based on one base Belgian ale aged in various spirits barrels.

So, why the collaborative spirit? According to New Belgium Brewing’s Media Relations Director, Bryan Simpson, it’s all about respect for the craft beer industry itself, as well as a desire to inspire and be inspired by its peers. “The entire industry is still a sum total of 7 percent of the sales in this country. We are all in this together, and would certainly like to grow that share to ten and 20 percent. How can all boats rise with this tide? We’re looking for ways to be engaged with our peers. The collaborations are coming from a genuine place.” New Belgium has several collaborative beer series, but most recently partnered with Montreal’s Dieu du Ciel as part of their Lips of Faith series to create the hibiscus herbed Heavenly Feijoa Tripel. Yum.

During his annual state of the craft beer industry presentation, Paul Gatza of the Brewers Association noted the 409 new craft breweries that opened in 2012 alone, plus the 1,253 more in planning. This boom in craft breweries is a direct result of the rapidly growing demand for craft beer across the country, and one of the most significant upshots (besides a lot of good beer) will be jobs. Lots of them.

Two of the three biggest players in craft beer, Sierra Nevada and New Belgium, will open their second breweries near “Beer City, USA,” Asheville, NC, over the next few years. Not only will these openings mean hundreds of new jobs, but good jobs to boot. Looking for a new career? Maybe it’s time to turn to craft beer! New Belgium Brewing in Fort Collins, CO, for example, is consistently rated as one of the best places to work, and one might imagine their new brewery will follow suit. 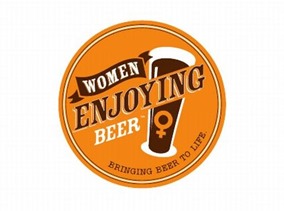 Whereas stereotypes would have us twirling our hair and drinking a cold glass of Chardonnay, craft beer has recently taken the lead as a younger woman’s drink of choice. A recently-released Gallup poll defied the men-like-beer/women-like-wine typecast, showing that young women (ages 21-34), in fact, prefer craft beer, overtaking wine for the first time since 1985.

According to Julia Herz of the Brewers Association, these younger women are in craft beer’s “sweet spot,” given “they’re the same quality-minded people who are buying artisanal cheeses and fair trade coffees and who don’t mind waiting for a bartender to shake a craft cocktail.” Hertz also pointed out that “craft beer is an affordable way to buy artisanal. The cost of a bottle of beer, usually less than a bottle wine, affords aficionados a chance to sample several craft beer flavors for a simple trade up in price compared to wine.” If you’re a “quality-minded” gal that enjoys a good pint, check out your local chapter of the Barley’s Angels for some fun events near you.

Stay tuned for more beer musings in our special Booze Bin Craft Beer series over the next few months.