Too Many “Celeb” Cooks in the Kitchen? 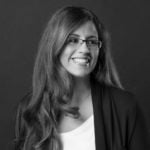 As we know by now, the days of Julia Child and “Mastering the Art of French Cooking” are way over.  Today, there are more cooks in the TV kitchen than you can shake a spatula at! It’s probably safe to say that many viewers are often watching these shows for pure entertainment value, with little or no intention to bring the recipes to life in their own kitchen. Trisha Yearwood, Debi Mazar, Valerie Bertinelli, Run D.M.C., Brian Boitano and Tiffani Amber Thiessen are among the many famous actors, rappers and yes,  even figure skaters —who’ve become recognizable as “foodie celebs” in their own right. Even Patriots quarterback Tom Brady has joined in on the fun, releasing a $200 cookbook which, according to Espn.com, has already sold out. 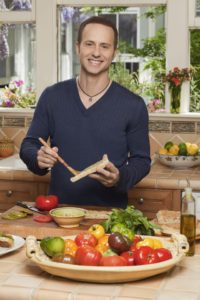 I’ve always enjoyed watching cooking shows on TV and seeing all of the new ideas and techniques on the screen that inspire and teach everyday cooks.  There are hundreds of hours of weekly food programming on stations like the Cooking Channel and the Food Network, but also on major broadcasts like FOX, NBC and ABC. It’s interesting to see how cooking shows have evolved since “The French Chef” and with so much programming, one would assume the supply is there because of the demand.

One could also question whether the industry has become too diluted and if the spirit of cooking has lost its soul. Dozens of shows have been launched with famous people taking their hobby to the small-screen and teaching us how to cook. These shows have legions of fans and a few of them have, without question, helped to make cooking at home less intimidating and more approachable.  But in the process, have we lost the actual “art” of cooking?

With an influx of information available, has formal training and/or years of experience become less important and impressive to consumers? Sure, these shows make the everyday cook more comfortable in the kitchen because we’re by no means chefs ourselves. It makes sense.  But, it also makes me wonder where the real industry experts fit in? Are they still held with the same high esteem as they were, say 10 or 15 years ago, or has the playing field been leveled?  It’s a lot to digest.

What do you think?