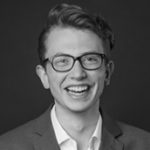 From my early elementary days all the way to my late college years, one could label my physique as chubby. Or husky. Or flabby. Or pudgy. Or chunky. Or whatever politically correct description you prefer to use for fat.

While my struggle with weight has had many effects on my life, I also became acutely aware of the numerous campaigns that were launched to battle the bulge for children like me. Many of these initiatives are still running and many more have come along. Unfortunately, there have not been any lasting results.

According to the latest numbers from the CDC, “for children and adolescents aged 2-19 years… the prevalence of obesity has remained fairly stable at about 17 percent.” This is a slight increase from past years and equivalent to about 12.7 million youths.

Where are these fit-kid initiatives falling short? Based on a new study published in the August issue of the journal of Preventive Medicine, researchers determined that the average American teenager is as sedentary as a 60-year-old.

“At 60-plus, many people have health issues that might cause a restriction in movement, but why is this happening at age 19? It suggests that the social structures in place may not be supporting physical activity,” said Vijay Varma, a National Institute on Aging researcher and lead author of the study.

Fit campaigns have been working for years to overcome these social structures to encourage kids to become active, but it may be time for them to look into partnerships with a mobile app developer.

It would seem that an app would only encourage kids to remain sedentary. Varma even lists screen time as one of the social structures that inhibits activity in adolescents. But allow me to take you back to last summer when crowds of children, teens and even adults took to the streets and parks to actively hunt down imaginary creatures known as Pokémon.

Through augmented reality, Pokémon Go encouraged users to get off the couch and be active. Even today the mobile game is thriving with 65 million monthly active users. Additionally, there have been various testimonies of how the game has helped users lose weight. One way to encourage an active lifestyle is to combine nostalgia with augmented reality.

By partnering with a company like Niantic, the developer of Pokémon Go, fit campaigns could complete their goal of promoting healthy and active lifestyles for children and adolescents.

Related Posts: How Cell Phone Games could aid in the Battle against Childhood Obesity Childhood obesity and the power of influencer strategy Tackling Childhood Obesity – What’s Working and What’s Not Ruling the Realm of Teendom: What Snapchat’s Doing Right It’s Mardi Gras: Celebrate Creole & Cajun, and Know the Difference COVID-19: Implications to the Food Supply and Food Security in the U.S.
X