Broncos or Panthers? Do we even care? How the Super Bowl consumes us all. 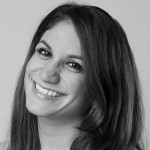 As each year passes, it seems like the Super Bowl grows in every sense.  Whether it’s more viewers, elaborate half-time shows, uptick in social media chatter, increase in ad spends or bigger guacamole bowls, we are on track for another record-setting Sunday and we haven’t even talked about the game itself! As probably the most anticipated annual sporting event in the country, the countdown to Super Bowl Sunday isn’t just for those die-hard fans, it’s also for those who quite frankly don’t know, or care, if it’s Peyton Manning or Brett Favre who will be throwing the pigskin around. The Super Bowl isn’t really about the game, it’s about everything else.

Let’s face it, we’re mainly watching for the advertising. As one of the priciest ad buys in all the land, brands willing to drop close to $5 million for a 30-second spot better be giving the viewers what they want. Within the first few seconds, viewers will determine whether an ad is worth their attention or if it’s time to double-up on buffalo wings. It’s no surprise that on February 7, the CBS broadcast will total a record spend of $377 million, which is more than what was spent on the Super Bowl in the 1960s, ‘70s and ‘80s combined, according to Ad Age Datacenter’s estimate.

Can you believe the average cost of a commercial in Super Bowl I was about $40,000? Talk about a different age. But alas, we are in 2016 and the stakes are high. Brands pay advertising agencies big bucks to spend countless hours in their creative bubbles to produce a piece of worthy content that has its day in the limelight. So whether it’s enlisting celebrities, tugging on heartstrings, or going sexy, it will be judged and deemed worthy (or not) by millions of viewers this Sunday.

Not only are eyeballs glued to the tube but that mobile device attached to your hip is also a top priority. Ad Week reported on a Salesforce Research study, which found that 73 percent of viewers plan to use at least one device in addition to their television to watch and talk about the Big Game. All of the top players – Facebook, Twitter, Instagram, YouTube and Snapchat will experience an uptick in social chatter.

Although Facebook is still the star here, Twitter dominates when it comes to live events. Real-time conversations (especially about those ads) create opportunities for marketers to jump in. Remember the Super Bowl blackout of 2013? You probably only remember because of this legendary Oreo tweet, which was one of the most talked about ads that happened on the spur of the moment in response to the Superdome blackout. 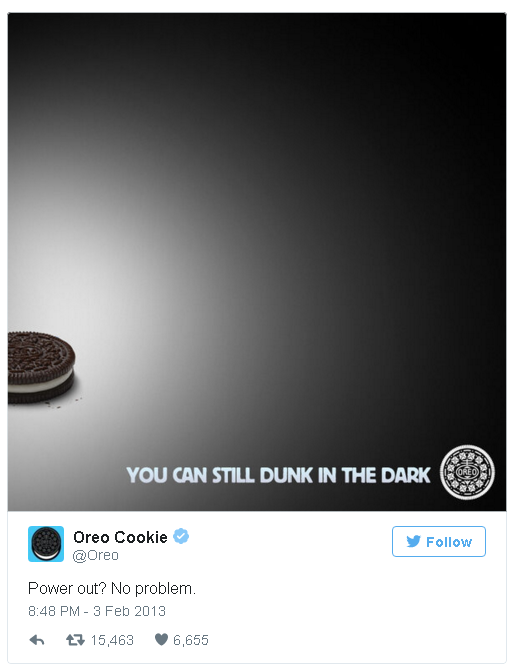 Brands now have to capture the attention of consumers through mobile devices. Many advertisers have already locked down huge spots on social media to capture viewers’ attention through their favorite mobile devices or tablets. The opportunities are always evolving so execution, whatever screen it may be seen, has to be engaging in order to be noticed with the influx of content revolving before our eyes. So, will social chatter surpass last year’s numbers? My guess is yes. According to Ad Week, 2015 was the most watched Super Bowl in history and the conversation surrounding the event generated 28 million tweets with 65 million users and 265 million posts, comments, and likes on Facebook. I think it’s fair to place your Vegas bets on 2016.

So, this Sunday, wherever you are, your eyes may very well be only half-watching the game itself. It’s safe to say that advertisers, producers, marketers, performers and of course, the players, will be bringing out all the stops. It is Super Bowl 50 after all!