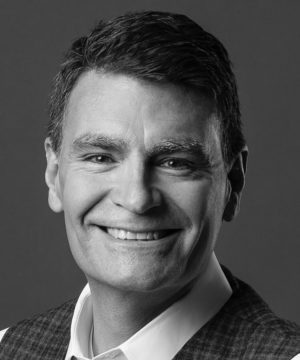 MINNEAPOLIS (May 6, 2019) – Tom Jollie, APR and Padilla senior vice president, has been honored with the Donald G. Padilla Community Excellence Award from the Minnesota chapter of the Public Relations Society of America (Minnesota PRSA).

Created in 1996 to honor the late public relations pioneer Donald G. Padilla, a founding member of the Padilla agency, the award recognizes an individual who has demonstrated outstanding leadership and contributions to the profession of public relations, has contributed to the mission of PRSA and has volunteered their time and talents toward making our community better.

Tom has devoted his 38 years as a public relations professional to helping mission-driven organizations communicate effectively with their stakeholders. He is known for his commitment to community service and has helped numerous community organizations including Second Harvest Heartland, The Greater Twin Cities United Way, Boy Scouts of America Northern Star Council, Children’s Cancer Research Fund, Children’s Heartlink, and the East Town Business Partnership, among others.

“Whatever your aspirations, if you want to gain something, you have to give something first – freely, and without expectations,” Jollie said. “I learned that from Don Padilla and later echoed by Lynn Casey, and it was some of the best advice I’ve ever received. I am humbled to receive the Donald G. Padilla Community Excellence Award and honored to be a part of the agency’s legacy of giving back.”

Tom has been a PRSA advocate since he was a student at the University of Minnesota and has become a frequent speaker at awards, retreats, workshops and conferences. He also has served as a Minnesota Classics judge, Classics chair (a role he held for five years) board president, Midwest District director and president of the Midwest Chapter.