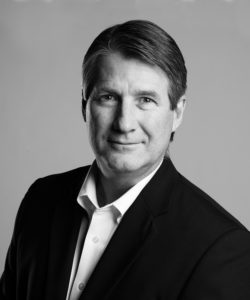 RICHMOND (Oct. 8, 2019) – Brian Ellis, Padilla executive vice president and Crisis + Critical Issues lead, is one of eight distinguished communications professionals who will be inducted into the Virginia Communications Hall of Fame during a ceremony on March 26, 2020.

The award recognizes individuals with exceptional careers in advertising, journalism, public relations, new media and other media fields. Since its inception in 1986, 172 communications professionals have been inducted into the Virginia Communications Hall of Fame, which is hosted by the Richard T. Robertson School of Media and Culture in the College of Humanities and Sciences at Virginia Commonwealth University.

Ellis began his communications career as a late-night DJ at the University of Florida, his alma mater, as well as a reporter/anchor at the university’s PBS station WRFU. He spent most of the next decade reporting and anchoring the news for television stations in Augusta, Georgia; Richmond, Virginia; and Tampa, Florida as well as contributing to national networks like CBS and CNN.

He moved into public relations nearly 30 years ago and became one of the founding members of Carter Ryley Thomas. The firm grew from a single office in Richmond into a national agency with locations spread across the country. The agency is now part of Minneapolis, Minnesota-based Padilla. Brian has worked in multiple sectors within the agency and has served as a crisis and media relations coach for CEOs and corporate leaders across the country.

“I am humbled by this honor, knowing the many great communicators who have been inducted into the Virginia Communications Hall of Fame,” Ellis said. “I’ve had the privilege of working with some incredible colleagues who have played an important role in my life, and for that I am most grateful.”

Along with being an Emmy award-winning reporter, Brian has earned some of the highest honors in the public relations profession, including multiple Silver Anvil Awards, given by the Public Relations Society of America.