The Marketing Genius That is the “Everything Bagel” 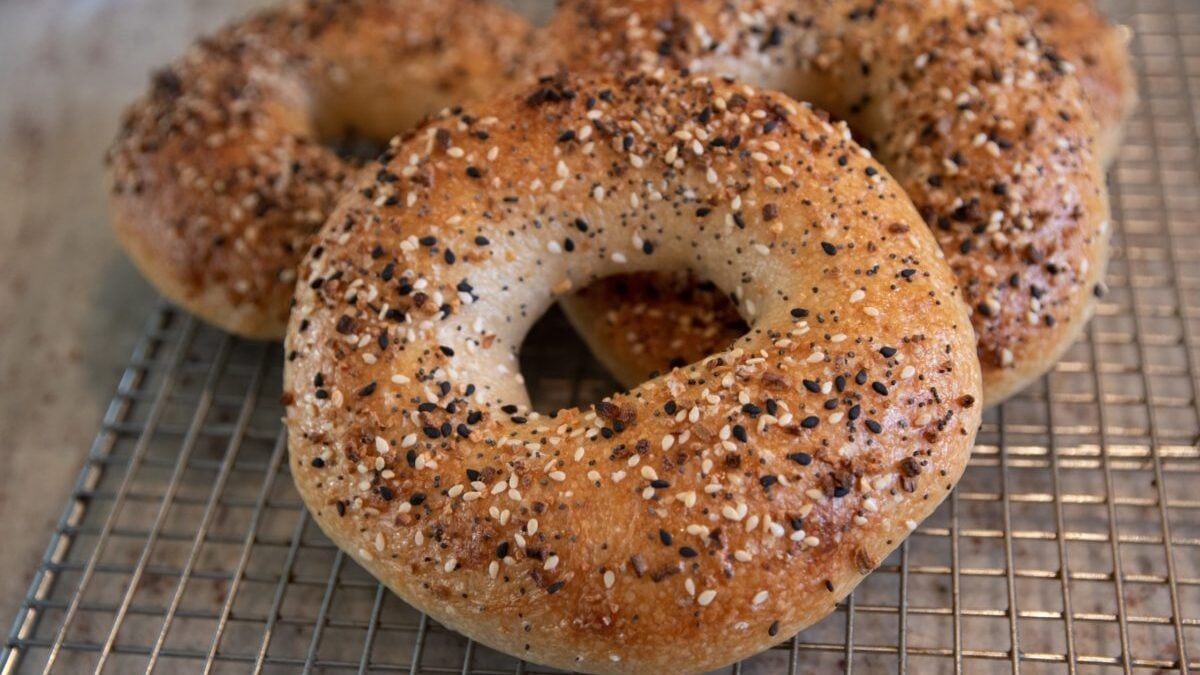 As a proud Jewish person and of course, a food enthusiast, nothing gives me greater pleasure than a deep dive into the history and recent happenings in the “Everything Bagel” universe.

According to The Nosher: The bagel arrived in the United States with Jewish immigrants from Poland in the late 19th century. Long before they was schmeared with cream cheese and topped with lox, they were sold on the streets of New York City’s Lower East Side, stacked up on poles or hung from strings — fun fact: that’s why they have a hole — for people to buy and enjoy on the street. Bagels were a simple, comforting peasant food.

There is news coverage as far back as the early 2000’s about the origins of the everything bagel. According to this 2008 New Yorker piece, a 15-year-old named David Gussin claims to have invented the seasoned bagel around 1980 while working at a bagel shop in Queens. Sixteen-year-old Seth Godin debunked that story, as he claims he actually thought up the everything bagel in a bagel factory elsewhere in New York in 1976. But wait, it gets even more interesting. Joe Bastianich, chef and partner in Bastianich Hospitality Group, believes he was actually the creator of the everything bagel from his short stint at a bagel shop in the late 1970’s.

No matter which high school kid thought up the genius idea, here we are 40 years later, reaping the benefits. Personally, I believe we have Trader Joe’s to thank for the sensation that is the “Everything Bagel.” It all started with their world famous “Everything But The Bagel” sesame seasoning. Now, shoppers can find the famous seasoning on Trader Joe’s shelves in a nut mix, potato chips, yogurt dip, gluten free crackers, smoked salmon and more.

The biggest conversation, however, is around a very unlikely pairing of the “Everything Bagel” flavor. That’s right, ice cream. Jeni’s Ice Cream recently released their newest flavor, “Everything Bagel” and the internet is up in arms. One thing is for sure, it has everyone talking! I have yet to try this odd (but sounds kind of great) combination of two of my favorite foods, but you bet I will as soon as I can find it in the freezer aisle.