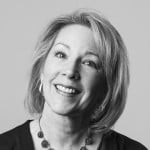 Striking out with media pitches? Blogging to the sound of crickets?

Robots, it seems, are infiltrating the ranks of real, live writers.

A robot “wrote” (a rather rote) news story about a Los Angeles earthquake last spring. The content originator for the earthquake piece is a software algorithm called Quakebot. The writing bot used key information from a U.S. Geological Survey report to populate a content template.

The narrative arc? Less than earthshaking. Here’s the lead:

A shallow magnitude 4.7 earthquake was reported Monday morning five miles from Westwood, California, according to the U.S. Geological Survey.

A reporter at the Los Angeles Times humanized the Quakebot report and converted it to a front-page story with this much-improved lead:

Seismologists say Monday’s magnitude 4.4 tremblor near Westwood could mark the beginning of the end for L.A.’s years-long “earthquake drought.”

Now there’s a hook with context and dramatic tension. Score one for humans.

But robots aren’t the only ones strangling the life out of today’s writing. Quakebot has its share of human counterparts too, including staff writers at aggregator websites like Dose and GivesMeHope.

Emerson Spartz, a website wunderkind and Internet media mogul, owns these sites and many others. Profiled in a riveting New Yorker story, Spartz conceded that his “content producers” (a dysphemism for writer) have little personal discretion because what they do “is pretty algorithmic.”

His writing team draws on original content from other sources, then edits and reposts it, experimenting with headline tweaks. Their priority is not necessarily to craft nuanced stories that influence and resonate with readers. Instead, they march to the digital drumbeat of click-throughs and page views.

They may know when their pen hits the target, but it’s often just a glancing blow—too shallow to win hearts or influence minds.

So is this what your writing is up against now? Should we fear competition from robo-writers and their carbon-based copies?

Yes, if your readers are human. And if your writing could be described as formulaic, mechanical or lifeless. For example, if your leads are leaden …

The Sweet Peepers Company, located in Hershey, Pennsylvania, was founded in 1972.

And if your narrative arc is this flat, repetitive and egocentric …

… you might, in fact, be a robot. But most likely you are just a bit off your game. After all, you are human.

Remember, your readers are a lot like you. They crave color, novelty, context and clarity. What do Sweeter Peepers look and taste like? How are they made? Who makes them? Who buys them? And what’s the competitive landscape?

Inquiring readers want to know: Why should they give a peep about Peepers?

If your readers and media professionals are tuning you out, you may be on autopilot. Time to tap your most human attributes—wit, compassion, personal experience and judgment.

Immerse yourself in your subject. Use descriptions, associations, similes and metaphors to bring your writing to life. And draw on the sum of your own experience to forge a deeper connection with your reader.

When you write like a human, your stories will come alive. Together, we’ll leave the robo-writers in a pile of their own rust.