PR challenge: A turnaround story for the Porta Potty experience 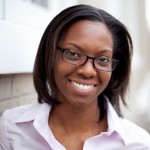 With the Virginia tourism industry projected to grow substantially in the coming years, Potties-R-Us approached PadillaCRT about creating a strategy that would make its product line the top choice for local event management organizations. We were glad to take it on – after all, if we can turn around the porta potty experience, we can do anything.

We might assume that when you gotta go, you gotta go. But Potties-R-Us went the extra mile and set themselves apart in the market with deodorized units that provide the highest level of sanitation and comfort on the market. The challenge was to differentiate Potties-R-Us from a crowded market of outdoor bathroom facilities. Especially when some would say that one porta potty is no different from another. Besides, after a marathon isn’t that runner thinking, “Get out of my way. I have to GO!”

PadillaCRT found this was not the case. In 2013 we sent our team to 100 festivals and outdoor events around Virginia to conduct primary research on a variety of Potties-R-Us’ key competitors. Our study included the Richmond Folk Festival, NAS Oceana Air Show, Shenandoah Apple Blossom Festival and First Night Alexandria, and revealed three key insights.

How can you repair the reputation of porta potties? First of all, remind people they are no different than any public restroom at any event. Second, make sure their experience is as pristine as possible. Turning around the blue-box experience is going to take a village and our individual commitments – much more than an automated Febreze spritzer.

Have you ever had a bad experience with a porta potty at an event? Tell us in the comments section below, and read the top results from our research here.

Related Posts: Weathering the Effects of a Natural Disaster Engaging Employees to Benefit K-12 Public Education: Q&A with the Virginia Lottery Envisioning a Sustainable Food Future: Insights from the Sustainable Foods Summit On Purpose: #HigherEd, Branding and the Elusive Differentiator – Part 2 5 Questions to Ask Yourself in Planning a Successful Event Focus Your Post-Pandemic Evolution with Familiar Strategy Tools
X