Dried Fish Bladders in my Wine?? 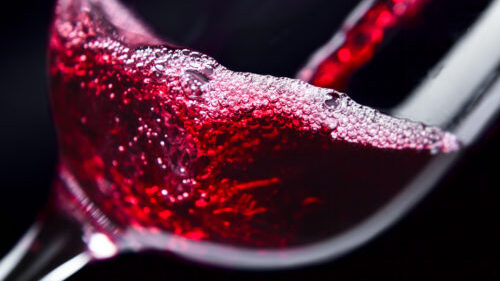 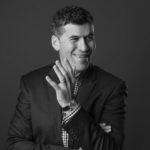 Yes, dried fish bladders could certainly be one of the many possible ingredients found in certain wines. For the past several years, there has been a fast-growing movement among winemakers, educators, sommeliers and other wine royalty to push for more label transparency in the wines we drink. They want wines to list all the ingredients, including additives. Today there are more than 60 different additives approved for use in winemaking. And none of these are required to be disclosed to the public. An everyday wine consumer, and even a wine aficionado, would be surprised by some of the ingredients that are used to make wine. Yeast, sulfur dioxide, sugar etc. are sort of expected if you are a wine lover, however others can be surprising and downright weird. And by weird, I mean fish bladder, egg whites, and mammal proteins, among others, can be used as refining agents and clarifiers in some wines. They mainly appear in the organic wine segment or by artisan winemakers who are opposed to adding commercial enzymes. Enzymes (some are naturally found on the grapes) aid winemakers by releasing and maintaining red wine color; releasing and increasing aroma; improving the clarity and improving mouth feel and roundness of wine. However, some pundits argue that many commercial added enzymes provide shortcuts to winemaking and influence the “natural” final bouquet of wine. Moreover, all those strange ingredients are “supposed” to be filtered out before the bottling begins.

Why is it that only food and non-alcoholic beverages are scrutinized and forced to list all ingredients?Click To Tweet

Consumers are more conscious than ever about what they are eating and drinking. So, why is it that only food and non-alcoholic beverages are scrutinized and forced to list all ingredients? Food and alcohol beverages are regulated by two different government agencies.  The Food and Drug Administration (FDA) controls all food, and they demand food manufactures to disclose all ingredients in addition to some other stringent regulations. Of course, there are always exceptions to the rules. On the other hand, alcohol drinks are regulated by The Bureau of Alcohol, Tobacco, Firearms and Explosives (ATF) which are definitely an interesting group of controversial products to be lumped together. Anyhow, let’s say that when it comes to alcohol beverage ingredients, the ATF is much more relaxed than its cousin the FDA, and don’t require brands to list ingredients. Some say, that because these products are already heavily regulated when it comes to marketing and advertising, they get a “break” from making it even more difficult to commercialize them. Others argue the powerful lobbyist representing these groups influence the ATF’s decisions.

Those in favor of wine ingredients labeling reason that consumers have a right to know what they drink plain and simple. Factors that they believe that they can influence are limiting mass production, highlighting possible health concerns if any, bettering pricing controls, and preserving winemaking traditions that define specific wine regions.  One of the most outspoken proponents is Isabelle Legeron, France’s first female master of wine, who in a recent interview, discussed how her passion for this topic got her to start her own “raw wine” tasting events. All wines poured at these events are carefully analyzed to make sure they meet the minimal intervention standard for wines. According to Legeron, these events and word of mouth, are making consumers become more aware of this lack of transparency, and she wants wine drinkers to start lobbying with their own dollars. Another big supporter is Eric Asimov of The New York Times, and one of the most famous and beloved wine critics in the world. Asimov states that wine is an agricultural product and therefore food, so it should adhere to the same laws as other food. Transparency/fully labeled ingredients should be the norm. He believes that consumer awareness of the ingredients in wine would lead to an overall improvement in the quality of wines being produced.

Wine is an agricultural product and therefore food, so it should adhere to the same laws as other food. Click To Tweet

Opponents argue that listing ingredients may be confusing and most importantly, a major turn off for consumers. This is worrisome to the wine industry as the last thing they want is to lose consumers over an ingredient that is considered off putting.  Also, these label requirements are no guarantee that it would stop consumers from drinking low quality “bad wines.” Consider for a moment that the FDA’s enforcement in food labeling has unfortunately not improved the poor diet choices made by food manufacturers and consumers alike. Also, some industry professionals look at the consumer confusion around sulfur in wine. Some consumers worry about the sulfur content of wines. However, most have no idea that many fruits and vegetables, processed foods, and some seafood have far more sulfur than the average wine. All consumers see is a warning sticker on the bottle, but not additional information. In their opinion, listing all the ingredients would do more harm than good to the wine industry.

While this wine label transparency debate has been going on and off for a while, I wanted to do my own quick survey with my coworkers. I kept the questionnaire simple.

1) Would you like to know the ingredients in the wine you drink? Yes/No/Don’t care

2) How important is it for you that wines list all the ingredients on their labels? Using a scale of 0 =not at all important to 10 =very important.

Below is an example of what that label may look like:

3) Without considering style, varietal, etc., by looking at the label above, would you be more or less interested in buying this wine?

Here are the results:

In conclusion, today most consumers want to know the ingredients used to make the wines they drink if given the choice, however that same majority don’t seem to care if that information is in fact included on the label or not. In my opinion, while in theory, everyone agrees with the arguments behind label transparency, consumers want to resist the idea as it would take away some of the romanticism associated with this drink. In addition, pundits believe that most consumers will still drink the brands they are loyal to, regardless of what the ingredients say. Time will tell if wine label transparency will revolutionize the wines we choose to drink.