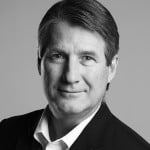 My first mock crisis exercise was held at a chemical plant. The number-one complaint expressed during our critique was lack of communication among team members. The litany of frustrations included radios that didn’t work, security that wasn’t trained to shield family members from reporters and an upset plant manager who had missed critical information that could have been shared with journalists.

At the time, I chalked up our shortcomings to a team that still had a lot of work to do, but after 25 years in crisis communications, I can appreciate the importance of that early experience. Today when I talk with executives about crisis management, their focus is almost exclusively external. They are worried about how reporters will cover the story or what they might say to upset customers.

The reality is, if leaders spent more time focused on the internal aspects of crisis management, their ability to respond externally would improve dramatically.

In crisis management, the name of the game is speed. The faster a crisis team can get ahead of the issue, the less damage will be caused to the company. Speed is based on three factors: the flow of information inside the company, the internal processes that drive decisions, and trust.

A supply of information

Lack of information is the number one reason companies choose not to respond rapidly. It’s true that sometimes critical information is not available, but far too often it’s discovered after the fact that a key piece of information was blocked by a senior manager afraid to share bad news. How many times has a spokesperson learned of a disaster from the media and not their own company? Information plays a critical role in determining the strategic direction leaders choose to address an issue. If the flow is slow, so too will be the response. 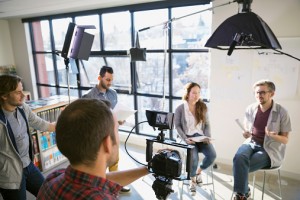 Having a process in place

One way to improve the flow of communication is to fine-tune internal processes that drive decision-making. During table top exercises, you can measure how team dynamics impact a company’s ability to respond.

During a recent training exercise with a client, I challenged the team with a scenario they already knew was coming. Yet it still took them an hour to get to work due to a handful of players who clearly didn’t know their role in the crisis plan. Dysfunction within a team is a direct result of a lack of process and understanding of how that process works. Without that understanding, meetings become a free-for-all with differing opinions and paralyzing indecision. Team structure, clear roles and responsibilities, and simple protocols are all effective tools to manage the chaos.

As a former journalist, I like to use the newsroom as the perfect example. During a major, breaking story the newsrooms are filled with screaming producers, and scrambling reporters and editors. The untrained eye might think of this as complete chaos, but in reality it’s organized frenzy where everyone knows their job, which enables them to make the on-air show look like a polished presentation of the facts. If internal teams aren’t clear on their roles and responsibilities – and if they can’t immediately get to work to address the issues without direction – the company’s ability to respond effectively will suffer.

Trust is at the heart of every issue. Do I trust this person or this company to do what they say they will do? Trust can’t be earned on the outside if there isn’t trust on the inside. I constantly have to remind my clients to focus more on their employees in the midst of a crisis than any other audience. Employees are brand ambassadors who foster the relationship a company has with each target audience. A relationship without trust is bound to fail.

In my career, I’ve been involved in many plant closures and have experienced the considerable difference between locations where there is a high level of trust and those where none exists. The fire drill in the latter is almost always more intense and painful than in locations where workers trust their managers. Organizations build trust by being truthful and available to employees during a crisis. Sure, it’s hard to stand before colleagues and deliver bad news – much harder than facing a horde of reporters. But this is the time when true leaders earn their reputations and secure their brands. Leaders that handle this aspect of the crisis poorly often lose key members of their management team, which makes recovery from the crisis much more difficult.

The first 24 hours of a crisis often determine how the entire issue will be resolved. Organizations that have strong processes in place that enable information to flow freely and have established trust within the team will simply respond better. When speaking with executives, trust is the core issue. They either question the data provided to them by their internal partners, or they question whether their key audiences will trust that they have the situation under control.