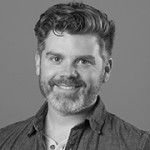 Distiller Dave Cuttino leaned back in his stool and pushed a short pour of bourbon in my direction. Yet, the way his words punctured my perception of reality, he could have been Morpheus, extending a handful of red pills.

Cuttino and his partner Jay Carpenter are the owners, distillers, managers, and pretty much the everything else-ers behind Reservoir distillery in Richmond, Virginia. A tiny operation that has found big success by defying a dirty little secret at work throughout much of the whiskey world.

The craft whiskey renaissance that we appear to be living through, is in many ways one big hand-crafted lie. Or at least, an act of artful artisanal misdirection.

Most of the whiskey brands on the market today don’t actually distill their own stuff. Odds are your favorite “small batch” whiskey actually originates from a company like MPG in Indiana, where oceans of bourbon, rye, vodka and gin, are distilled for dozens, if not hundreds of brands. If that doesn’t take the wind out of your flannel, know that, at the same location, they’re producing “food grade industrial alcohol” for household cleaners, pharmaceuticals and fungicides. Thirsty?

So, if they’re not distilling anything, what exactly are those whiskey brands doing. The answer varies quite a bit. Some buy the whiskey raw and age it themselves. Some blend it or enhance the flavor in other ways. Others just pass it through to consumers with the addition of little else beyond a pretty package and sizable mark-up.

Still, all is fair in love and whiskey. And companies like MPG are guilty of nothing more than making a good product. But if there is a finger to be wagged here, it’s at those brands who have made every effort to lead the public into expecting one thing while delivering another.

This dubious practice not only takes advantage of the consumer, but it comes back to hurt the true distillers. “It’s not helpful,” says Reservoir’s Cuttino. “You’re here working ‘til 4AM and then someone goes ‘you didn’t make this!’”

So how do you tell if a whiskey is artisanal or outsourced? Check the back of the bottle—if you see the word distilled and not just aged and bottled, that’s a good sign. But pay attention to where it says it was distilled. If it says “distilled in Indiana” and the whiskey brand is based in Kentucky, well, do the math. Sadly, another good indicator if a whiskey is truly from scratch and small batch is the price tag. I don’t care how vintage the label looks, any fifth selling for less than $30 is probably not the product of what most people would consider an “artisanal” operation. It may be delicious, it may even be small batch, but it’s likely produced at large-scale.  Beyond that, things get very complicated, and internet sleuths like SKU have done a yeoman’s job of following the flow of hootch from the still to store shelves.

The desire for hand-crafted products is great. But so is the demand for transparency. Brands who try to benefit from deception won’t last in an era where the internet makes people experts (or at least semi-ignorant know-it-alls) overnight.

“We distill a lot of bourbon, but we didn’t distill this bourbon. Nope, not a drop,” reads the description of Blaum Bros Knotter Bourbon. “Once our own locally made bourbon (we have hundreds of barrels already aging) is in its prime, this Knotter Bourbon will knotter be available anymore.”

Dad jokes and radical honesty. That’s a distillery after my own heart.