Honoring Virginia's teachers, one thank-you note at a time. 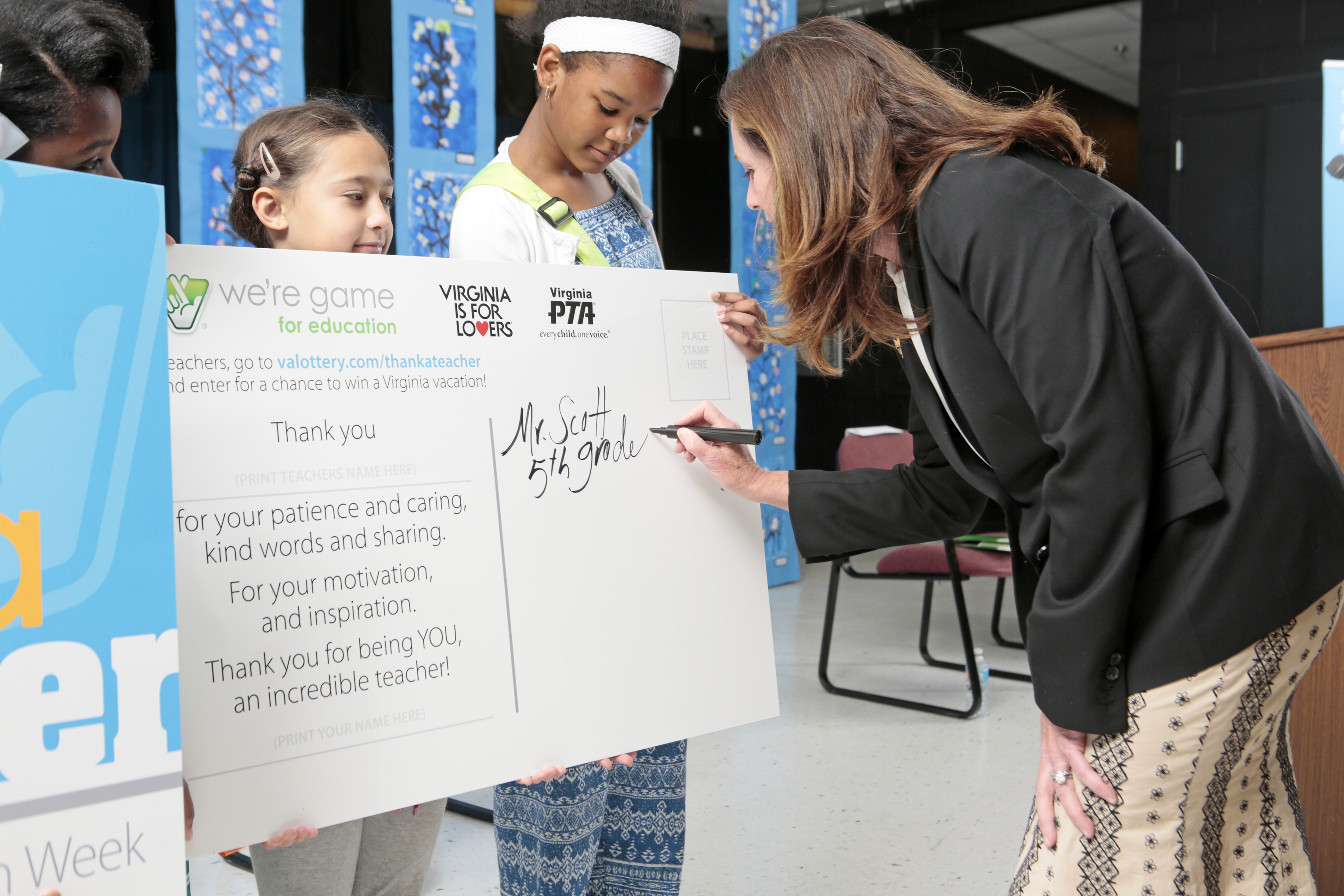 Every penny in profits from the Virginia Lottery goes to support the state’s public schools. In 2015 alone, proceeds from lottery ticket sales accounted for 8 percent of the state’s education budget. However, per benchmark surveys, more than 40 percent of Virginians weren’t aware of the benefits school children reap from the Lottery. Looking for a surge in mindshare, Virginia Lottery officials turned to Padilla.

Awareness about the Lottery’s classroom contributions remained stagnant for years, emphasizing the importance of finding the right channels to move the needle. While analyzing the Lottery’s annual benchmark study to understand where and how residents learn about its education message, we discovered the “traditional” channels of word-of-mouth and broadcast media to be the most effective. 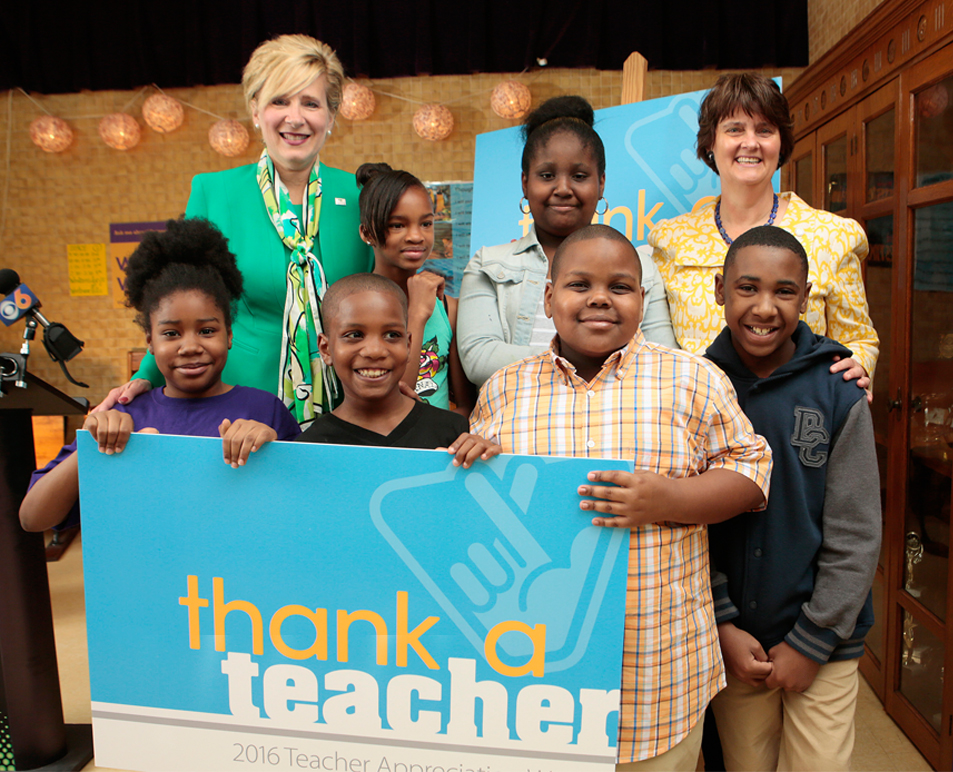 It was time to elevate teacher appreciation to a new interpersonal level. It was time to “Thank a Teacher.” We developed an intensive, eight-week campaign, launched with active vocal support from key influencers, from the governor to the Virginia Parent Teacher Association (PTA), with a statewide call to action.

The Thank a Teacher initiative encouraged the public to show support for public school teachers by sending them Virginia Lottery-branded thank-you notes during National Teacher Appreciation Week. Local PTAs and retailers were invited to order hard copy thank-you notes from the Lottery, and a campaign microsite also offered electronic submissions. Qualifying teachers who received a note could register a unique code on the microsite to enter a grand prize drawing for a Virginia-themed vacation.

We engaged stakeholders in government and education, as well as all Lottery departments, to go the extra mile to extend the campaign’s reach.

Following Thank a Teacher, the Virginia Lottery recorded the highest-ever awareness level for its public education mission – 63 percent. Virginians sent more than 31,500 thank-you notes to deserving educators around the state. 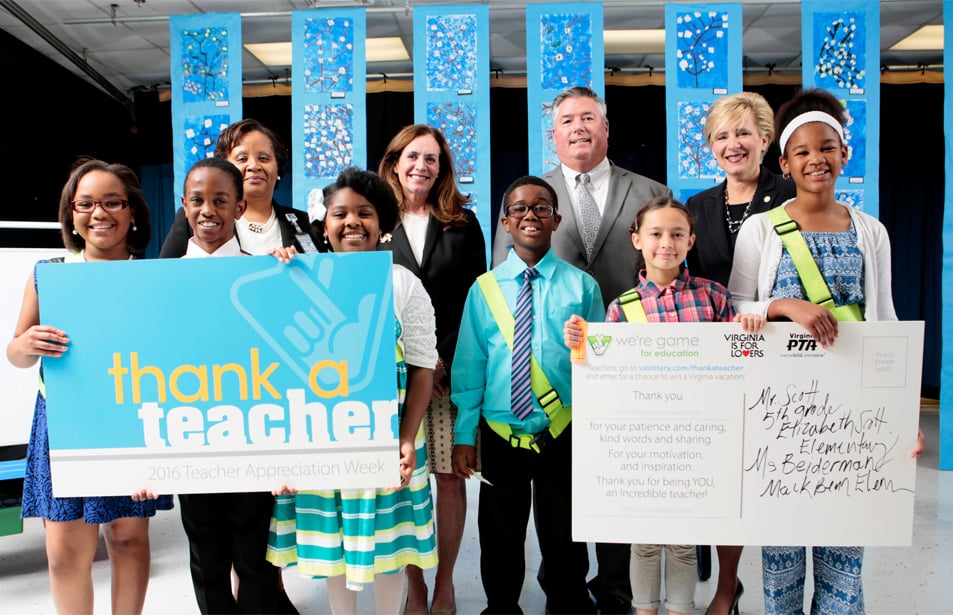