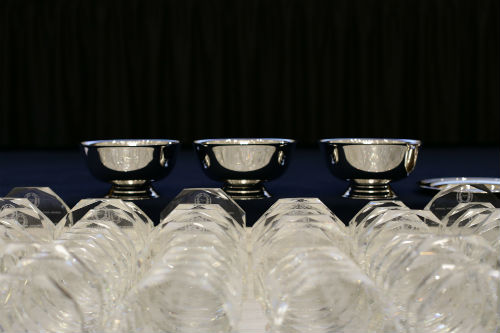 RICHMOND, Va. (May 10, 2017) – Padilla earned a total of 24 awards – including a sweep of the Best in Show Awards – at the 70th Annual Virginia PR Awards, sponsored by the Richmond Chapter of the Public Relations Society of America (PRSA Richmond).

The agency won the Commonwealth Best in Show Award, which recognizes public relations programs or campaigns, for its “Smooves” into New Headquarters campaign for the Virginia Lottery. The campaign also earned the Award of Excellence for Internal Communications.

Padilla tied itself to earn two Capital Best in Show Awards, which recognize tactics implemented as part of a larger public relations program or campaign. One was for Padilla’s interactive tour for the Children’s Hospital of Richmond at VCU’s new Children’s Pavilion, which also won an Award of Excellence in the Websites category.

The second Capital Best in Show Award was for the agency’s work with Bridgestone Retail Operations to prepare drivers for the winter weather, which also earned an Award of Excellence in the highly competitive Media Relations category.

Blake Mirzayan, an account executive in the agency’s Richmond office, also was named PRSA Richmond’s Rising Star. The Rising Star Award was instituted in 2010 to recognize an outstanding new member of the public relations profession who has five or fewer years of experience in PR.

Padilla also was recognized with Virginia PR Awards for its client work in the following categories:

Children’s Hospital of Richmond at VCU

Each year, PRSA Richmond recognizes outstanding public relations professionals and their work at the Virginia Public Relations Awards. Over its 70-year history, the chapter’s awards program has recognized the most creative and effective communications strategies and tactics happening across Virginia.

A complete list of 2017 winners can be found at PRSARichmond.org.

Earlier this year, Padilla was also recognized by the Minnesota chapter of the Public Relations Society of America (Minnesota PRSA) with six awards at the 39th Annual Classics Awards, including Best in Show for its work with Niagara Conservation.