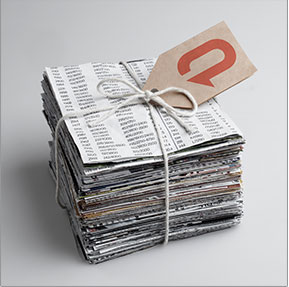 MINNEAPOLIS (Nov. 5, 2018) – Padilla has been recognized with two Thoth Awards and one Award of Excellence given by the National Capital Chapter of the Public Relations Society of America (PRSA-NCC), as well as a PRism Award given by the Los Angeles Chapter (PRSA-LA).

The agency was recognized for its excellence in public relations and tactics in the following categories:

The Virginia Lottery and Padilla

Honoring Virginia’s Teachers, One Thank-You Note at A Time

Bringing Home the Benefits of Fresh Blueberries – Year ‘Round

Wilsonart (and Grace Jeffers) with Padilla

Helping Designers See the Forests Behind the Woods

Wilsonart (and Grace Jeffers) with Padilla

Helping Designers See the Forests Behind the Woods

Each year, PRSA-NCC awards outstanding public relations in the national capital area with the prestigious Thoth Awards. The awards are named after Thoth, an Egyptian god of wisdom who was a mediator and scribe and credited as the inventor of communications and writing. In the spirit of Thoth, PRSA-NCC honors area PR professionals for their wisdom and contributions to the profession. Awards are given for the best PR campaigns and top accomplishments in PR tactics.

The 54th Annual PRSA Los Angeles PRism Awards honored the best public relations campaigns and tactics introduced in the region during the last year. This year’s PRism Awards dinner and show took place at the Taglyan Cultural Complex in Hollywood, where the chapter bestowed 64 PRism Awards and 32 Awards of Excellence on deserving individuals and companies, in addition to four special awards for exceptional accomplishments in PR.