Wine & the World Cup: What Beverage Pros Can Learn from this Week of Upsets 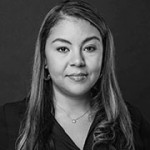 Wine and fútbol have a few things in common: for starters, a historic lack of appreciation in the U.S.  Today, however, we’re drinking more wine than the French.   Likewise, the many bars showing all 64 matches of the World Cup in Brooklyn alone, illustrate the growing popularity of fútbol in America (just don’t call it soccer in public).

The world’s most popular sport can teach our business a thing or two about tactical principles.  Here are four valuable lessons from the first week of the World Cup that will serve your beverage clients well:

1. Colombia: Believe in Your  Brand — With Absolute Fervor

During the “Golden Era” of the 1990s, (think the legendary Scorpion Kick and El Pibe Valderama’s unforgettable hair), Colombia’s back to back World Cup appearances and high hopes all ended in lackluster draws and disappointing early eliminations.  Although we had to wait 16 painful years for another chance to show our World Cup greatness, Colombia’s fans never wavered.   Despite your best efforts, your client may not show double digit growth every year.  Buyers can sense complacency when things haven’t been going well, so at those times it is crucial to be your brand’s biggest cheerleader, even if you stand alone.  Maybe it’s time to reinvigorate and start all over.  Colombia’s debut 3-0 victory over Greece reminds us that unwavering commitment will pay off.   Greece didn’t see it coming and neither should your client’s competition, when you score the only new placement slot available on a key restaurant’s wine list.

2. Spain: Take Nothing for Granted

If there is anything we learned from watching Holland decimate Spain last week, it’s that you must not take your success for granted.   An absolute powerhouse and current defending World Cup champion, Spain suffered an unprecedented loss that no Spaniard under the age of 50 had witnessed in their lifetime.  I’m just guessing, but perhaps there was an undercurrent of bravado leading up to Spain’s World Cup debut that influenced their performance.  What we learned is that even giants can take a hit, so make sure you stay humble and hungry, even if your clients are showing record growth.  You don’t want to go from top-rated to attempting a comeback because you were careless when the top tier media coverage and retail partnerships were flourishing.  As Iker Casillas’ performance showed us, even the world’s best can make a careless and regrettable mistake.

The Brazilian side has won more World Cups than any other country on earth.  Yet in their first game, Mexico managed an almost spidey-sense block of all score attempts by Brazil. Consistency and solid strategies fueled Mexico for the long haul, proving a so-called underdog does indeed have a chance against that 6-million-dollar-campaign-budget titan who seems to take more market share and social media mentions every day.  If you are just starting out with a new or smaller brand, think big, think smart and think ahead.

4. Costa Rica: When You Have the Ball, Advance and Don’t Stop

The basic strategy of any good soccer team includes the ability to improvise, taking advantage of key moments.     If you find the ball in your client’s court unexpectedly, take it and keep going.  Costa Rica ran with the ball and wound up victorious over Uruguay, a previous World Cup champion.  Is the media giving you a lot of love lately? Extend the momentum by spreading the word on your social media channels.  Did you win a slew of big industry  awards? Send a tasteful note to your new business prospects. 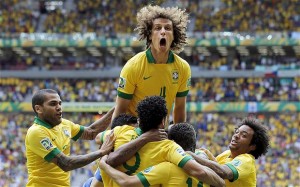 Your brand can’t be all things to all palates, but the best teams have a historic ability to strategize and effectively communicate.  Take advantage of these principles — your brand may become as victorious as Brazil, and who doesn’t want that?

Related Posts: Where’s the Media Buzz for the Women’s World Cup? BuzzLine: Why are you really watching the World Cup? Off & Running: As Candidates Announce Run for the White House, Attack Ads Follow Health Trend: Teen drinking and drug use declines Getting Americans to Drink More Wine 10 Ways Whole Foods is Raising the Bar in #CSR
X