Where’s the Media Buzz for the Women’s World Cup? 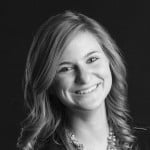 How much do you know about the Women’s World Cup? If you’re like me and have no athletic ability or interest, the answer’s likely not much; or if you have been following it, the articles or TV coverage you’ve seen have likely focused on controversy (FIFA anyone?), rather than eagerness for the women’s team success. Though the U.S. Women’s National Soccer Team has historically done better overall than the U.S. Men’s National Soccer Team, women’s soccer, and women’s athletics in general, consistently receive less media hype than men’s.

Last year’s Men’s World Cup was the most-watched world cup championship ever averaging over 17.3 million viewers, and one of the most engaging social events online with hundreds of millions of Facebook posts, tweets and Google searches. In fact it was such a big deal in our office, we streamed it online at work and went to watch games together during happy hour, and I can imagine that trend carried to many workplaces. While the time zone is different this year and it’s less likely we’d be watching games at work, the Women’s World Cup has not received nearly as much attention in traditional or social media outlets.

A study by the LA84 Foundation on the Coverage of Women’s Sports in 4 Daily Newspapers found the following (eye-opening) stats:

This theme isn’t just prevalent within print media, however. In a study of the 2004 Olympic Games in an attempt to measure broadcast media coverage of the excitement of women’s events versus men’s events it was found that “men’s coverage was presented as more visually ‘exciting’ than women’s – it used more shot types, camera angles, and motion special effects per minute. These differences may contribute to perceptions that women’s sports are inferior or ‘naturally’ less interesting than men’s, reinforcing men as the symbolic authority in sport.”

While Fox Sports, the broadcast rights owner to this year’s World Cup, has done its share to help promote and build excitement for the event with inspirational ads, we’re still not seeing big-time advertisers like Nike and Adidas fighting over fans’ attention on the same scale as they did for the men’s, which ultimately has a huge effect on the U.S.’ awareness and anticipation of the event.

And the trend extends beyond traditional media. For example, take a look at the U.S. Women’s National Soccer Team’s Twitter page with only 334K followers compared to the men’s 1.31M followers. What’s interesting is that the men’s handle, @USSoccer, implies it covers both men’s and women’s, and for the most part it does, but the men’s team doesn’t have its own handle, while the women’s does (@USSoccer_WNT). Does this imply women’s soccer is so popular it needs its own Twitter page, or alternatively, that women’s soccer tweets wouldn’t be as relevant or interesting to followers of the men’s Twitter page? I don’t follow either, so you tell me. Regardless, it’s an intriguing difference that’s not to be overlooked.

Does this mean viewers are more interested in men’s sports, or is it the result of a skewed traditional media and advertising focus?

Now, I certainly realize this topic could go on for pages…chapters…books… but this high-level overview is meant to be a sounding board for discussion and I look forward to hearing your thoughts in the comments below.

Related Posts: Choosing a Winner in a World Cup Brand Battlefield Getting the Most Out of Your Media Coverage 3 Brand Loyalty Lessons Learned from #SEC Football Wine & the World Cup: What Beverage Pros Can Learn from this Week of Upsets It IS What You Say, AND How You Say It: Four Tips for Providers Communicating With Male Patients Why 2019 is the Best Time Ever for Digital Advocacy
X