When Celebs Tweet, We Eat: Advice for Marketers When That Mention Happens 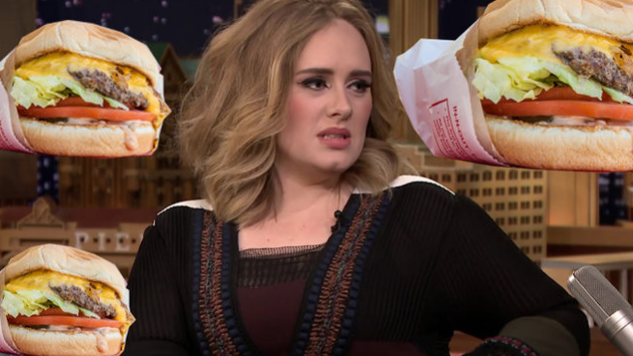 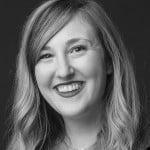 There have been a recent slew of celebs tweeting or name dropping restaurant chains in their new albums. And what have the chains done? The smart ones have engaged with them in a timely manner on social media in an attempt to continue the momentum and drive sales. What is surprising though is that even when some chains failed (ahem, Red Lobster), the mention alone caused a sizable lift in sales.

Following Adele’s rough Grammy performance she tweeted out her late-night game plan to her 25MM plus followers. Not surprising, her fans went wild – like animal style – with nearly 33K retweets. As a brand, you pray for this type of mention. Some estimate the value of that single tweet to be $200K if she had been paid for it. To my knowledge though, In-N-Out Burger did not respond.

Then look at this guy – one of our favs. Who knew Drake was such a fan of The Cheesecake Factory? He gave the restaurant a shout-out in his recent “Child’s Play” singing:

“Why you gotta fight with me at Cheesecake / You know I love to go there.”

Within an hour of the album dropping, fans were sweet on more than just Drake.

The restaurant quickly mocked up a “Views” meme to engage with him on Twitter. We think it’s them airlifting a huge box of cheesecake to Drake. A tad out of scale, but nicely done!

We can’t talk about this topic without mentioning the most epic mention – Queen Bey and Red Lobster.  She sings about taking her man to Red Lobster in “Formation.” So what happens? Suddenly everyone is on their way to Red Lobster for those buttery cheddar biscuits.

Unfortunately, the brand took way too long to respond…

And then they responded.

As you can imagine, no one was impressed with their lack of creativity. But some other brands, like Southwest hopped into the conversation in just the right way. 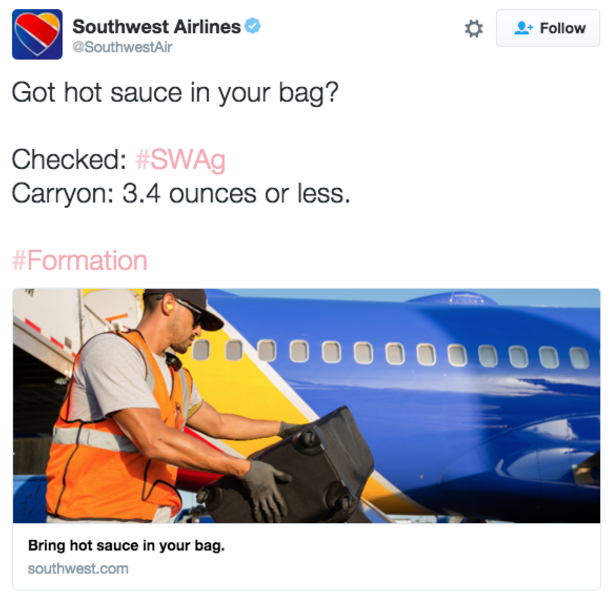 Now I’m not sharing this last example to scare you. Hopefully these amazing mentions happen to your clients. Celebs truly have the ability to drive sales – whether it’s partnering for a sponsored post or the stars align for an unpaid mention. Marketers need to be ready and have solid social media management in place to be able to react.

Anyone else have recent examples? Let’s continue the conversation by sharing below.