What I Learned While Touring Japan 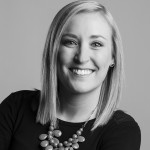 I recently took a journey halfway around the world. And while I love to travel, I had no idea that I would fall in love with a place that was so vastly different than what I’m used to – especially after 20 hours of flight time. If I’m being honest with myself there are two times others should avoid me – before 10 am on any given day and after approximately fifteen minutes on a flight.

I think most people know that Japan’s healthcare system is above average. In Japan, a person’s entire medical history is attached to their social security card. No faxing documents from one specialist to another (is faxing still a thing?) or making phone calls – all pertinent information is available to all doctors. And, even though I didn’t visit a doctor’s office while in Japan, I did notice other cultural differences that put them a “health grade” above the rest.

Have you ever seen photos of Japan and noticed that a bunch of people may be wearing masks? For some, that’s an odd ritual, but when you’re there, it makes total sense. Japan may be one of the most considerate places I’ve ever been and most of the time they aren’t wearing those masks for their own safety, but for YOURS. If someone is wearing a mask, it’s probably because they are sick and they don’t want to pass it on to you.

Are you going to eat that?

Eating raw fish and raw chicken has never been my thing, but it’s pretty normal in Japan. Sushi go-rounds are ALL the rage – and let me tell you, not a thing was cooked on that conveyor belt. However, the fish was more than likely caught at Tsukijji – the largest fish market in the world – and delivered fresh DAILY. Every single morning I noticed people scurrying around the local markets to buy what they needed for the day.  I can’t be 100% positive, but I’m pretty sure most of those same people had a hand in farming their own veggies. The selection of produce was impeccable. I’ve never seen carrots or strawberries with such color.  I had less stomach issues there (raw fish and all) than I do when I’m at home.

No soap? No problem.

I was walking to the train one morning to go on a day trip to Kamakura to see the big bronze Buddha. And while that was definitely amazing, I spent about two hours looking for a trashcan. I can only imagine what a “trashcan-less” America would be like, but in Japan there are no trashcans and no trash. Crazy, right? You might be able to find some recycling areas at train stations, but beyond that, trashcans aren’t easily accessible, and I was so impressed that there was absolutely no trash lying around.

Then there were the bathrooms. At first, I had a big issue with the bathrooms. The heated toilet seats were great, but besides the hotel bathrooms, I don’t think I washed my hands with soap or had a towel to dry them with throughout my trip. It got me thinking, all of these people ride trains everywhere, they all touch the train handles, and yet no one truly washes their hands? How is the whole country not sick? I don’t know the answer to that, but I’m going to assume they have stronger immune systems because I got sick the second I stepped back in to America. 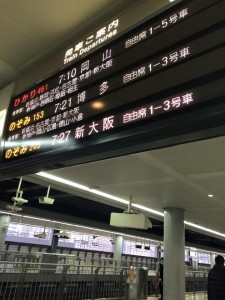 I recently invested in a Fitbit. It was a mistake. Every single day I am reminded how lazy I am! However, during my travels, I was walking seven to 10 miles a day. I don’t think it’s a coincidence. The Japanese transit system should be adopted by the world… I mean that, the entire world. This system was so timely and cut down on traffic so much – not getting on that bandwagon (pun intended) seems like insanity. Every morning we started with a walk to our closest train station, Shiori that took us to an intermediate destination where we hustled to hop on the Keikyu Line that usually got us where we needed to go. I started recognizing faces and realized that they walked that route every single day. Within the first two hours of each day, I walked almost two miles. That’s so outside my norm, but the Japanese walk to and from train stations and walk to work like it’s no big deal.

Sit back and relax.

And my last observation as I traipsed through Japan just trying not to get lost was the absolute sincere nature of everyone I encountered. The willingness to help out a stranger went as far as riding a train three stops further than necessary just to make sure I got to my destination safely. Honestly, I’ve never been less stressed than I was in Japan… and I don’t even remotely understand the language.

Looking back on my trip to Japan, it made me realize the importance of communication. Not speaking the language meant I had to find other ways to communicate at train stations, when paying for meals or just walking down the street. As PR professionals it is important that we understand our audience. Put in the time and research to understand who we are speaking to and ensure that what we say is interesting and engaging.

What other cultural norms do you wish we, as Americans, would incorporate in to our everyday lives?

Related Posts: Lessons Learned from Japan’s Healthcare System 5 Tips for Using Social Media for Customer Service How to Lure the Driving Force Behind Travel Growth How the ’Gram Can Rev Up Your Social Media Marketing It’s Been a Tough Summer for Jessica Alba and The Honest Company… Healthcare Data Breaches – The New Normal?
X