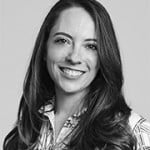 Ever since its inception, I’ve had a bit of a one-sided (consumer) love affair with Facebook and, while that has changed over time, my devotion has never really waned.

You see, I’m from that lost generation who had a full childhood without any form of social media and yet was young enough when it popped up to dive in headfirst and make all the mistakes we warn kids about now (i.e. major TMI, too many party photos, general lack of filter).  So I can relate with both sides of the social media divide.

In fact, it was a very natural progression for me into social media marketing because I was such a native user. I really felt like I “got” what people wanted to see on the platform and was able to help translate for my clients. In many cases, it was the cornerstone of social strategy.

But in the past few years Facebook has been letting me down a bit as a marketer. Decreased organic exposure. A constant need for more monetary investment to see any engagement. A decline in meaningful consumer response.  I began finding myself advising clients to view Facebook more as a check-box than a major engagement tool.

Is that all about to change (again) in 2016? Perhaps. In fact, Facebook has already started rolling out pretty cool stuff – some that just keeps it up-to-date with the times, like live video posting and in-app photo editing features (hmmm, sounds a lot like their 2015 purchase, Instagram…) – and some that make it the true marketing tool it never was before, like becoming a mini storefront for businesses. 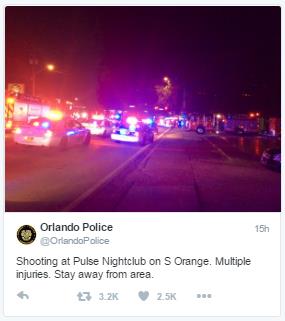 What this really means is that the need for consumers to ever leave Facebook continues to diminish. So businesses, even those who don’t sell direct to consumers, will have more and more opportunities to get in front of their target.

It doesn’t solve every problem. And frankly, I still want to see Facebook give us back the unpaid access to the fans we’ve earned, but it is a step in the right direction. Don’t you think? (Tell me in comments below).

So here’s to Facebook in 2016! May it bring plenty of selfies, shopping and baby photos!

Related Posts: Keep Calm and Throw a Kick A$$ Twitter Party Social Media’s Role in Tragedy #LoveforOrlando Everything you need to know about Snapchat’s On-Demand Geofilters for your next campaign Look Back, Look Ahead: 5 Key Foodservice Takeaways ABCs of the 2016 Olympics BEER-CATION: 45 Must-Visit Breweries (INFOGRAPHIC)
X