Want to Build a Great Brand? Start with Great Character. 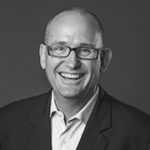 Just over six months later, he resigned, saying that “…the beliefs and approach to leadership that have guided my career are inconsistent with what I saw and experienced at Uber…”

That’s pretty damning, but it shouldn’t be all that surprising. In Jones’ first year, he spent a good deal of time talking to Uber drivers to hear about their issues and experiences. While our firm doesn’t work for Uber or its rival Lyft, I’ve been doing roughly the same thing for the past 18 months – asking drivers who work for both which one they prefer.

My informal tally of roughly 100 drivers shows that they prefer Lyft to Uber by a 9 to 1 margin.

You’d think the reason would be economic – that Lyft pays more than Uber, or that Lyft allows passengers to tip in the app (it does). But the reasons drivers cited were often less tangible – the policies on surge pricing (Uber being viewed as predatory), the method for doing auto safety checks (Lyft slower, but more deliberate), and the tone and tenor of communications between the company and its drivers (no surprise, giving Uber CEO Travis Kalanick’s now-famous YouTube video berating one of its own drivers).

Uber holds a considerable market share lead over its primary rideshare competitors, largely by being the first mover in the cities where it operates. For that, it should be commended. But it won’t hold that position and keep competitors at bay through creative ad campaigns or random acts being called corporate social responsibility. For Uber to retain its position as the leader of the rideshare pack, it needs to take a top-to-bottom look at its business – from the inside out.

Because today, the best brands are built not on creativity, but on character.

To clarify, when I’m talking about brands, I’m not talking about logos, colors, “look and feel” standards or even tone of voice. Those are certainly important, but they’re just symbolic of what’s truly underneath. Brands today are all about promise of experience – a promise and experience that encompasses a company’s important stakeholders – customers, employees, investors and partners.

That means not just making a promise, but delivering on the experience. Establishing a unique value to customers. Creating an enriching and engaging employee environment. Transparency with investors. Consistently delivering on performance goals. And treating your industry and community partners – including competitors – the way you’d want to be treated.

Take, for instance, U. S. Bank’s Executive Chairman Richard Davis. When asked to comment on whether the company would be able to capitalize on Wells Fargo’s tarnished reputation, he said that any employee that tried to do that would be let go.

You won’t find that kind of character in a company’s brand standards. You’ll find it in the company’s mission, vision, values and purpose.

It’s one of the reasons why marketing and corporate communications departments need to be more closely aligned than ever. It’s also why firms like ours with roots in public relations have invested in brand development expertise – even going so far as to call ourselves a “brand communications firm” – because a good brand can’t be built without a strong company character.

And it’s important not just in good times, but also during times of trouble. At a recent meeting with roughly 30 senior corporate communications professionals, we discussed reputation management and brand protection in this hyper-social, hyper-sensitive, hyper-responsive environment – one where a Presidential tweet can garner significant unwanted and possibly unwarranted attention. While the group highlighted several tips for being prepared – having a great social media monitoring function and making sure the crisis management team can respond quickly being just two – by far the most important component of being prepared was having clearly stated and articulated corporate values.

Those values clearly stated and articulated – ahead of time – means you’re more likely to get the benefit of the doubt when you do experience adversity. Management needs to define them, employees need to understand them, and the entire company needs to live them.

A strong brand can be your company’s most important intangible asset. It differentiates and commands a premium with customers. It attracts and retains the best talent. It brings forth investors who are in it for the long haul. And it gives you the benefit of the doubt during times of change and crisis.

So what are the steps you should take to build it?

First, clearly define who you are and what you stand for – in plain speak – because clarity trumps creativity every time.

Get your employees engaged. Listen to them, learn from them and articulate to them how you want them to act. They represent your brand more than any ad campaign.

Make sure your crisis and issues management plans are well-defined – and make sure they include your mission, vision and values as an appendix. It’s the time when your brand and character will be put to the test.

Think of your communications and public relations functions as more than just a corporate bullhorn or a way to generate “buzz.” The truly strategic companies use these functions as stewards of the company character and true partners to marketing.

Finally, live it and measure it – go beyond the surface-level metrics of awareness and recall and instead look at understanding and loyalty. People may know you, but will they stick with you and advocate for you when you need them?

Companies who follow these tenets – and build their brands based on purpose and character – are the ones who will win in the long haul.