Keep Calm and Throw a Kick A$$ Twitter Party 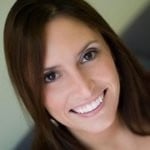 You’re like a little kid at the candy store, you can hardly sit still you’re so excited about the exciting things you want to share with your audience. But you don’t want to just tell them, you want to knock their socks off! So how do you inspire your audience to put their dancing shoes on?

A Twitter party is an online event sponsored by your brand that you can use to meet customers, promote or announce a product or service or simply generate buzz. Twitter parties can generate hundreds, even thousands on Tweets in less than an hour. Better yet, they’re also a fun way to engage your audience with your brand and each other. For example, in the month of May our client American Physical Therapy Association (APTA)  was focusing on a women’s health initiative in honor of Mother’s Day called Painless Parenting 101. The month long initiative targeted parents, particularly mothers, experiencing aches and pains from pregnancy or raising children, and encouraged them to meet with a physical therapist. The key takeaway for mothers – while parenting provides challenges, it doesn’t have to be a pain.

We wanted to make a splash and reach a broad group of mothers…and since everyone loves a good party, we decided to throw one!

1. What’s the Point?: You should have your campaign key messages all packaged up in a pretty bow from the get go. Figure out what it is you want your audience to walk away with and provide a clear call to action. For APTA, our goal was for women to leave realizing aches and pains weren’t something they had to live with and create awareness of physical therapists as an option for women to stay fit before, during and after pregnancy. Our call to action was clear, find a physical therapist near you! Once you have your messages in place, work with your spokesperson and partner to develop Twitter party questions that speak to your key messages. (Side note: A Twitter party isn’t the right tactic for every brand’s customers or target customers, so knowing your audience is imperative.)

2. Saddle Up Partner: They say two is better than one right? In APTA’s case, we had the content and knowledgeable spokesperson, but we needed to go to where our target audience already was. After doing our research we decided to partner with an established mom brand, MomItForward who hosts the weekly #GNO (Girls Night Out) Twitter Party.

3. Pick a spokesperson: Identifying the right spokesperson to co-host the party on behalf of your brand can make or break your Twitter party. In the case of APTA, we decided to reach out to a member and well known women’s health physical therapist, Marianne Ryan. Not only was Marianne enthusiastic about the opportunity, she already had a Twitter profile and was familiar with Twitter basics and social media, which definitely came in handy! 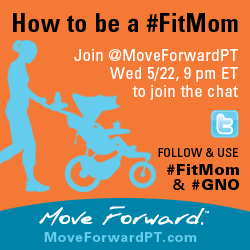 4. Sweet Hashtag Dude!: The secret recipe is finding a hashtag that grabs your target audience’s attention and matches your key messages. Since we were focusing on painless parenting and staying fit before, during and after childbirth ,we decided #FitMom was a hashtag our audience would gravitate and relate to.

5. Gifts!: What party guest doesn’t like to win a prize or leave with a favor? But don’t just offer an elaborate prize such as an iPad or car because you can. Offering a prize related to your brand or your campaign focus is the important part. For APTA’s Painless Parenting 101 initiative we decided to give away a Babies R Us gift card. Offering all of your party guests a small favor is also a plus if it’s something that aligns with your brand, i.e. a sample of a new product.

6. Did You Hear About that Party?: When you throw a party in real life you tell all of your friends and you remind them again and again, because obviously if you didn’t, no one would come to your party! The same thing goes for your Twitter party. Make sure you have a promotion plan in place and are reaching your target audience (partnering with a mom brand was a major plus in APTA’s case).

7. Game Face: There are a lot of logistics to think about when hosting a Twitter party, so it’s important to have a game plan and make sure everyone is on board. A Twitter party goes fast and can be overwhelming even for someone familiar with Twitter, so train your spokesperson! As a team we went over the run of show a couple times together and supported Marianne by being on a conference call during the Twitter party in case she had any questions or concerns. Just like any party, the more prepared you are, the more fun you and your guests will have!

8. Best Party Ever!: What makes you consider a party a success? A full house? People talking about how much fun they had for the next week? Define success in the beginning so you can measure your goals and outcomes. In regards to APTA, we set very measurable goals, for example, generating 1,500 tweets with #FitMom (we exceeded this by almost 200) and having 150 participants join us (we had 255). Some other campaign success metrics may be a certain increase in followers on your social media properties or unique visits to a designated webpage. By setting goals we could clearly see our efforts were worth it and we had benchmarks for any future Twitter parties.

By keeping calm, we not only threw a kick a$$ Twitter party, we also had a blast! Which means, it’s likely our guests did too! So remember, it’s a party…have fun!

What other Twitter Party tips would you offer? What do you think works and doesn’t work?

Related Posts: How to Secure High Quality Media for Your Next Event Sponsored Content: The way to a Consumer’s Eyeballs Go Big or Go Home – How Halloween Marketing Can Impact Your Bottom Line Focus Your Post-Pandemic Evolution with Familiar Strategy Tools “Live Your Life’s Purpose and Unleash Your Joy” #WOY2014 What is an Emoji Strategy and How to Build One
X