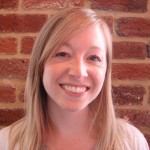 Last week, a colleague and I were working on a project for a client, when the topic of longstanding conventions came up. It was a small part of our nearly three-hour strategy session, but stood out to both of us as one of the most important parts of our work that day. The topic came up because we were pondering how a business can come to a new standard of operating, when so much of the models out there are based on longstanding, ingrained category conventions. The client in question was looking for a new and better way of doing things, not only for their own business, but for their industry as a whole.

It’s a large challenge to say the least, and one that we face every day. When we’re looking for a completely new model, one that better suits a client (or ourselves) than anything they have found to exist already in the world, how do we make sure we are striving to forge new ground rather than falling back on the things we already know?

We’d do well to first define the alternative to longstanding convention. Is it changing things up just to make them interesting? Is it doing everything you can, taking huge risks just to buck the status quo and get some attention? Nope. We decided that it was, instead, the concept of “True Belief.” True Belief is defined as sticking to your company’s deep-seated truths and philosophies, and operating based on those truths, rather than defaulting to the conventions of your category. All the most admired brands in the world have broken new ground and set themselves apart from their competitors, because they weren’t afraid to operate from a place of True Belief. Apple pursued phones when no other competitor of theirs was thinking in that direction, because they believe deeply in innovation and creativity. Chipotle commits to using “ingredients raised with respect for the animals, the environment and the farmers” when nobody else in the category even considered this was possible, because they believe that this type of food is better for us and can change our world. 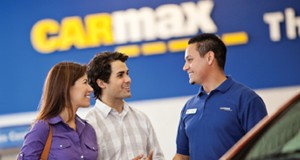 Another great example of this is CarMax, a game changer in the used car industry. In an industry known for being untrustworthy and ripping off consumers, CarMax has set a completely new precedent and model. Operating from a place of true belief in integrity, honesty and transparency, they structure their user experience, customer service and even employee training and compensation around these values. For instance, employees make the same exact commission no matter how expensive the car they sell you, freeing their associates from the “salesman” convention and allowing them to instead be true, honest advisors to anyone who walks in their door. When they first opened, their competitors laughed at them and predicted they’d be out of business within a year. Now they are the United States’ largest used car company, a Fortune 500 company, have been one of Fortune’s “100 Best Companies to Work For” since 2005, and their competitors are scrambling to imitate them.

We want this for our clients and ourselves. We want to break through the monotony and deliver something surprising and game-changing. We want to set the new standard. So how do we know if we are doing it right? Here’s the list my colleague and I wrote up for our client that day:

These lists were made with regard to a single client, but when we check them out, we see that what exists in the longstanding convention column is restriction and fear and what exists in the true belief column is freedom and openness. This relates to every client we have. How do you feel at work? How do your clients feel? Are they free to speak their minds and try out new ideas? Or are they shut down, quiet, and wading through red tape? Simply taking stock of this can go a long way.

Now, let me be clear: I don’t think we should disregard knowledge and experience we have collected. And, sometimes, longstanding category conventions can jive with our beliefs or those of a client. But we live in a world where things are changing quickly and where, more often than not, what worked yesterday will not work today and what works today will not work tomorrow. If we let our brains take us down the road of tried and true conventional knowledge—the things that are already known and proven—without checking in with the true beliefs of a company and what implications and instruction they have for the way they should be operating, we run the risk of missing some amazing opportunities. The next time you have a problem in front of you, look at your solution and ask, “Is this based on conventions and best practices, or is it based on the true, deep-seated beliefs of this company?” The biggest, most revolutionary ideas come from a place of openness, freedom and, above all, truth.