Top 3 things communicators can learn from Reddit’s Debacle, per Reddit 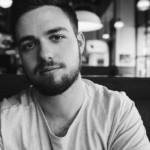 What: Hundreds of subreddits (the moniker given to Reddit’s massive amount of diverse forum boards) were blacked out, denying its loyal followers access to an otherwise very accessible medium.

Where: Based in San Francisco, but with an Alexa ranking (website popularity ranking based off average daily visitors and page views) of 33 globally and nine in the U.S., much more publicly than San Fran.

Why: In protest of an unexpected and unaccounted dismissal of now former director of communications, Victoria Taylor. Taylor was “responsible for nearly all of reddit’s positive press,” said a moderator (volunteers who police and in this case coordinate content of subreddits)  in the subreddit /r/AmA (Ask Me Anything), a wildly-popular forum where guests such as Barack Obama, frequently Arnold Schwarzenegger, Bill Gates and a smattering of who’s who answer “redditors” questions. She was almost solely responsible for reaching out and facilitating these user-conducted interviews and was essentially the only means to keep Reddit’s most popular subreddit afloat. Her release left admins of /r/AmA stranded with no proxy. 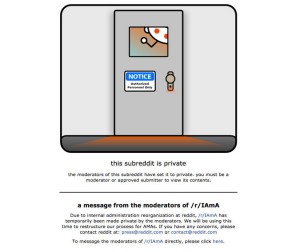 The issue: lack of communications.

On Monday, Ellen Pao, the now freshly unemployed interim CEO, apologized (though later revealed Pao was not at fault).

So where did they go wrong?

For reference, a choice selection from Reddit’s values page will rue their errors:

1)      Remember the human. Treat others as you would in person, and remember we all make mistakes. Default to transparency, and when you can’t be transparent, be honest.

2)      Give people voices. Be stewards, not dictators. The community owns itself.

Remember the human— To treat the millions of faceless usernames as the humans that they truly are is imperative. These usernames are attached to minds that will be the first to expose you. So to redirect one of Reddit’s core values: always default to transparency and honesty, and when you can’t, you probably did something wrong.

Give people voices— The people in question aren’t only fingers on a keyboard, but investors in the culture that Reddit emits. Although Reddit isn’t the most monetized organization in the game these investors speak to the potential of more monetization and obviously more honest profit.. These investor’s comments and posts need not only to exclusively reach fellow users, but need the pathway to reach the corporate level. The advent of convenient two-way communication is tricky, but incredibly valuable— it’s the purest form of consumer research.

Make deliberate decisions— Yes, the firing of an employee is just business as usual and maybe more than 3.5 million registered users don’t need to know the reasons behind it. But if key personnel, the admins, can’t react accordingly to the change, then the deliberate decision was the wrong decision.

Reddit’s meltdown reinforces what businesses need to practice about communications. Their issues encompass internal communications, investor relations, crisis communications and change communications to name a few. Reddit may be on its way to intervention with its new CEO and co-founder, Steve Huffman, suggesting a weekly AMA to “reestablish a relation with the community.”