The Return of Measles: Is the Internet to Blame? 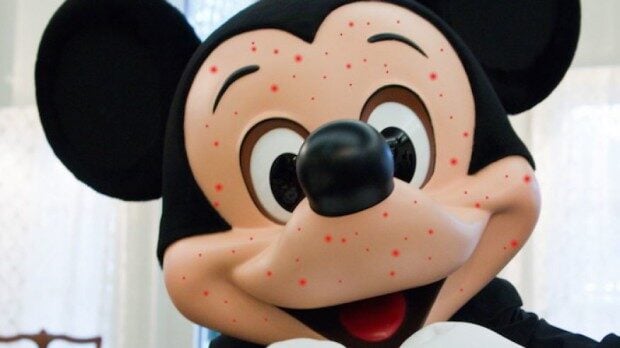 Disclaimer: I believe in vaccinations, and my husband and I have chosen to vaccinate our two boys.

This post is not about whether vaccination is right or wrong. It’s about how the current anti-vaccination movement (post-1998) got its legs, and how the Internet may have contributed to it.

From smallpox in the 19th century to diptheria, tetanus and pertussis in the 1970’s to the current measles, mumps, and rubella controversy, opponents of vaccination (“anti-vaxxers”) have existed for as long as vaccines have existed. The current anti-vaccination movement arose in 1998 when Dr. Andrew Wakefield published the findings of a 12-person study to examine whether there was a connection between the measles-mumps-rubella vaccine and autism. The Lancet, which originally published the study, later retracted, and Wakefield lost his license to practice medicine.

Flashback to 1998 when the Wakefield study was released.  Just 26.2 percent of American households had Internet access. Two years later, that number grew exponentially to 41.5 percent, (and it now stands at 87 percent, with nearly 99 percent in households earning $75,000 or more). Americans were rapidly adopting the Internet and understanding its power. And, we were learning to use it as a source of health information.

Prior to the “Internet Age,” people simply had to be more reliant on their doctors because health information was not readily available unless you wanted to spend hours in the library of your local medical school. Just as Ford democratized the automobile with the Model T, the Internet democratized health information.

Somewhat ironically, the Wakefield study began to gain traction in the mainstream media in 2001-2002, after labs had demonstrated that they were unable to replicate the results.  But, the power of the Internet had created a monster that was already changing public opinion about the safety of vaccines.

And, this brings us back to 2015, and the Disneyland measles outbreak, which resulted in more than 100 cases in January. How did a disease that was declared eliminated in the U.S. in 2000 make a comeback? Below are three reasons why the Internet may have had a role:

The Internet has connected people to a vast amount of information about vaccines – some true, some untrue, and a lot of opinions. We know that pediatricians overwhelmingly support vaccines, so is the rise of the anti-vaccination movement indicative of people abandoning their physician and turning to other sources (Dr. Google, online communities, family and friends) for health information?  Let us know your thoughts!

Related Posts: The Dual Threat of Flu and COVID-19: Why an Annual Flu Vaccine is More Important Than Ever, Especially for Adults with Chronic Health Conditions Medical Distancing – 3 Consequences for Hospitals and Patients The Fear Factor: Getting Americans to Choose Vaccination over the Flu Focus Your Post-Pandemic Evolution with Familiar Strategy Tools Pharma Marketing’s High-Stakes Moment The Scoop on National Ice Cream Month: Reagan, Beets and 2016 Trends
X