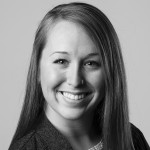 After surpassing Google for the first time in April for overall referral traffic to publishers’ websites, Facebook announced that it will, yet again, be altering its algorithm. The newest algorithm change is designed to de-emphasize news in favor of posts from your family and friends; which naturally has social media managers around the world like:

It’s been a decade since the News Feed was introduced, and publishers have been increasingly successful in utilizing Facebook to build their fans and followers and amplify their message. With some receiving upwards of 75 percent of their traffic from Facebook alone, publishers will need to make some adjustments. But before we all set our computers on fire and throw our current digital strategies out the window, let’s talk about content.

As any good socialite will tell you, not all content is created equal.

Shareable content — A no-brainer, right? If the premise of the News Feed change is to prioritize friends’ and family’s content over news, then publishers need to ensure that their content is shareable. Stories that inspire, encourage action and evoke empathy are key. Publishers who already have high share rates should continue doing what they’re doing. Publishers who rely heavily on Facebook for traffic but don’t see a high rate of shares on their pages should look into the content that they’re sharing with their audience and adjust accordingly.

Video, video, video — You’ll be hard-pressed as a marketer to go a day without hearing the ever-growing relevance of video and live streaming. Video content is seven times more likely to be shared than article hyperlinks — so, as long as video-favoritism continues, brands that push video content will reap the benefits when it comes to impressions and engagement.

Directly uploaded content—Facebook rewards publishers that embed content directly to the social network — the content loads faster and people are engaging more with that content as opposed to following content back to the original site. Pro tip: Facebook Instant Articles is a fast-loading article feature and can lead to higher engagement.

And there you have it. Let’s all take a deep breath.

This isn’t the first algorithm change, and it certainly won’t be the last. So, as the content war rages on, may the algorithm be ever in your favor.