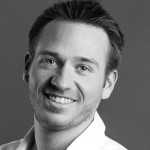 As we approach game three of the 2013 NBA finals, I can’t believe I’m saying this, but he did it. I never thought NBA superstar Lebron James would repair his image. I never thought he could overcome what many consider to be one of the greatest (if not the greatest) public relations blunders in professional sports history. But here I am rooting for him.

Let’s back up a minute.  In 2010, as the greatest free agent prize available on the NBA market, James opted not to re-sign with his hometown Cleveland Cavaliers and instead decided to form a “super team” alongside fellow superstar athletes Dwayne Wade and Chris Bosh. It wasn’t so much the decision not to resign with the Cavs that upset the world. It was the way he made the decision. Literally.

Lebron James’ worst career PR move was “The Decision,” an hour-long ESPN television special where James shocked fans worldwide by asserting that he was “taking his talents to South Beach,” a phrase that seemed to connote not only an immature desire to party in Miami, but which gave fans the impression he was stabbing his hometown in the back publically, all while giving up on the chance to lead a team to a championship as the best and most important component. Cavs fans burned his jersey and Cavs owner, Dan Gilbert, called Lebron a “coward.”  After a year of embracing his villain role, Lebron and the Miami Heat lost in the 2011 finals and the world seemed to collectively agree that Lebron James would never become the superstar many fancied him to be when he first joined the league as the NBA’s darling.

But that, my friends, proved to be a falsity of epic proportions. Sure, James won his first championship last season, but a deeper examination reveals that Lebron has become more sincere and relatable and thanks to the digital age, people are noticing it. The result is….wait for it…. a likeable Lebron. There, I said it.

I’ll give you an example. During halftime of game the Heat were playing against the Detroit Pistons, a lucky fan sunk a miracle halftime shot and won $75,000. Typically players are virtually incognizant of promotions that take place during breaks in the game action, or at least they do a good job of propagating that image. Either way, James saw the whole thing. And not only did he see it, he joined it. James sprinted onto the court, tackled the fan in joyful celebration, and shared a brief moment of unbridled joy that resonated with fans across the country. Lebron James was no different from any fan in the stands. For a fleeting moment, the star became the fan, and as a consequence, the video has captured more than 13 million views. In juxtaposition to the seemingly scripted “Decision” special, this decision was authentic and raw.

One instance can be a fluke, but twice is a pattern, so I’ll give you another example. Recently, Lebron “photobombed” a Ray Allen television interview following a Heat victory over the Orlando Magic. LeBron popped up in front of the camera, and made the goofy face you see here. This may seem small, and I don’t disagree. But what it stands for isn’t. Lebron is smiling, laughing, and infantilizing himself. But in contrast to his declaration that he’s “taking his talents to South Beach,” this time it’s charming. It’s charming because it’s fun to see somebody else willing to be silly, human, and spontaneous.

As PR pros, I want to leave you with this lesson from The King’s “royal” comeback: no brand is beyond help. Brand images, no matter how tainted, are repairable, and the most important tool in that rehabilitation is sincerity. Just ask Lebron.