The Importance of Storytelling, As Told By Mark Twain 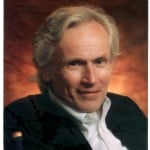 In 1894, Mark Twain was the most successful writer in America. He was also the best paid. And he was bankrupt. Twain had blown through a fortune, and at the advanced age of 62 (and in poor health) he decided to make a second fortune, and this time to hang on to it. It took him five years, but he managed to accomplish this goal, less through his writing than through the first commercial activity that had ever brought him success. He returned to the speaking circuit, making a worldwide lecture tour that enabled him to pay his debts and live out his remaining years with reputation restored.

Storytelling is all the rage. We know that. It’s important to put a human face on what are otherwise dry statistics. We know that too. As one of the 25 top “leadership experts” in the world, says on the SmartBrief on Leadership blog, a good story can “inform, involve and inspire.”

We get that too, not because experts say so but because we’ve read Great Expectations. We understand the power of a compelling narrative because whatever episode of “The Sopranos” comes on, we still want to find out who gets whacked next.

The question isn’t whether stories can be compelling. The question is how to make them so, and if any of the experts telling us to do so really know, they aren’t saying.

For most of us—for Mark Twain, even—storytelling isn’t easy. Anyone who thinks otherwise should familiarize themselves with how much rehearsal and memorization Twain put himself through to make his lectures seem spontaneous, or how severely he revised his own prose to make it sound conversational.

Before he walked onto a stage to deliver his first lecture, he was so terrified he claimed he hadn’t eaten or slept for three days. He used to read his jokes aloud to members of his family, and they’d tell him if and when they weren’t funny. (Most novices who try to write or speak, Twain said, do not “know the value of ‘trying it on the dog.’”)

The best advice about almost anything in life is that it’s harder than it looks. There are no shortcuts, and it’s a lot easier to tell someone else to do something than it is to do it yourself. Which is why, the next time a speaker tells me about the importance of storytelling, if that presenter doesn’t himself tell a story, I will scream. At least it will wake up everybody else in the room.