The Force Awakens: 7 Wine Pairings for the Star Wars Series 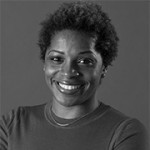 This year’s wine harvest has ended early. Though it’s estimated the 2015 harvest came in at approximately 3.8 million tons compared to 3.9 million tons last year, one winery isn’t worried about the smaller harvest.

To celebrate the end of the harvest season, Jordan Winery in Sonoma created a fun parody of the upcoming December 18 release of Star Wars Episode VII: The Force Awakens. The spoof Cab Wars: The Force of Harvest Awakens, is a hilarious take on harvest season.

As homage for the newest Star Wars film, here are seven wines to pair with the epic series.

Love him or hate him, Jar Jar Binks may have been a clumsy outcast, but he had the best intentions to serve. That’s why the semi-sweet, bold and fruity flavor of Jam Jar Sweet Shiraz pairs well for the beginning of the Star Wars saga.

The galaxy may have been on the brink of civil war, but there was still room for Anakin Skywalker and Padmé Amidala to fall in love, as well as for Anakin to discover his darker side. Watch this love story unfold with a glass or two of Skywalker Vineyards Pinot Noir. It’s an attack of dark cherry, raspberry and spice.

Sit back and watch Anakin Skywalker get close to the dark side of the Force with a bottle of Apothic Dark. Its dark flavor notes of blueberry, blackberry, coffee and dark chocolate are the perfect pairing.

My guess is that Princess Leia would have kicked back with a glass of Skywalker Pinot Noir Rosé after being rescued from Darth Vader’s capture by Luke Skywalker, Han Solo, Obi-Wan, Chewbacca, R2-D2 and C-3PO. This early harvest rosé is made with Pinot Noir grapes from George Lucas’ Skywalker Ranch.

Who can ever forget watching Darth Vader’s big revelation to Luke Skywalker for the first time! Toast the climatic family confrontation with a pricey, yet complex glass of FATHER + sons.

Celebrate the triumphant rescue of Han Solo from Jabba the Hutt with this suave limited release of Silverado Vineyards SOLO Cabernet Sauvignon.

Awaken your senses with a hand-crafted wine from Force Majeure in Washington. These limited edition wines have as much attention to detail as the much-anticipated film, which is set 30 years after Return of the Jedi. 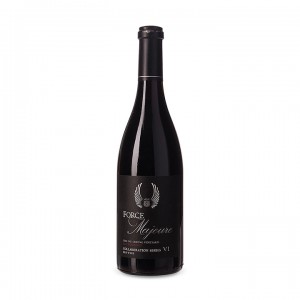