The End of the Smartphone As We Know It

The cold March wind swept across the old streets crisscrossing historical industrial structures and warehouses near Old City Manchester in Virginia. On my bike, I had to fight to keep my balance in the wind. It started raining again. At that instant, I was conveniently crossing railroad tracks under a bridge. While I waited for a few minutes for the rain to let up, I checked my smartphone that showed I had less than a half-mile to go.

A few bends in the road later, I skidded to a stop on the wet pavement and continued on foot. The clearing along a narrow trail peaked through the trees. I navigated through the muddy brush onto the trail, following it to my destination. My destination was a historical marker that doubled as an unclaimed portal in the free augmented reality game Ingress created by Google’s Niantic Labs.

Ingress uses Google map data of the world and enhances this data into a massive multiplayer game where players across the world are members of two rival teams. These players search for virtual energy portals to claim for their particular team. The portals are often based on real-life landmarks such as historical markers and locations, and the portals are viewable from within the Ingress mobile app that displays a proximity map based on the user’s current location. Check out the latest portal maps for Barcelona, Rome and Tokyo.

Hoping no one saw how much of a nerd I was becoming, I quickly used the app to hack the portal and claim it for my team. On the map, I noticed a few more unclaimed portals further along the trail. After claiming these additional portals, I stopped to read one of the historical markers associated with the portal. The marker was titled “The Despair of Slavery” memorializing the dehumanizing misery experienced by 18th century Africans kidnapped and shipped to the Manchester docks nearby to be unloaded and led along the trail ultimately ending up for sale in local “human commodity” markets.

On the marker was a quote from Royal Navy Commander Verney Lovett Cameron that ended with the heartbreaking sentence, “And I saw one woman still carrying the infant that had died in her arms of starvation.”

Reminded of the crimes against humanity committed on the very soil I was standing, I almost didn’t see the pair of spandex-clad mountain bikers fly around the bend and almost run me over.

It is fascinating to see how the augmented reality of Ingress can go beyond the game and connect its users with local history in a potentially powerful way. Although Ingress is a niche app, Google is likely using the research and experience gained from the app for future business opportunities using location-aware technology. For instance, a companion app called Field Trip sends the user serendipitous notifications about points of interest based on the user’s current location, along with promotions from nearby businesses.

As smartphones are becoming smarter and faster, location-based applications are quickly becoming mainstream providing many opportunities to promote brands. Games like Ingress and SVNGR, and the mayor designation of users in foursquare could gamify traditional CRM systems such as customer loyalty rewards cards. At the same time, smartphones are reaching a transitional point from internet-enabled phones to intelligent, resourceful digital assistants like Siri and Google Now. Instead of a person hunched over a tiny screen, it is likely that it will soon be a common site for a person to use a wearable computing device like the Pebble smartwatch or the rumored Apple watch to comfortably interact with her other digital devices such as an internet-connected tablet in her backpack. 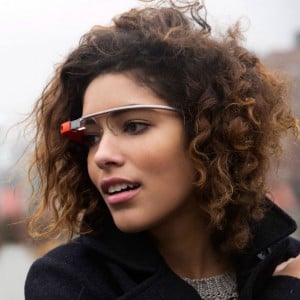 These devices along with Google glass and its unique sci-fi heads-up-display enable a convenient, organic interface between the digital world and the real world perfect for the enhanced reality of location-based apps. Currently, many brands are stuck in the “pull” phase of commerce, waiting for customers to initiate transactions, especially online. But with the seamless nature of future smart devices, brands will engage their customers targeted not only just through heuristic analysis of dry customer data but also based on real-time context through location, weather, and a host of other relevant variables.