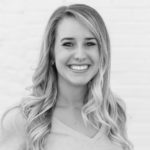 Earlier this week, heath insurer Anthem announced it has sued pharmacy benefit manager (PBM) Express Scripts to recover damages from drug pricing it believes was too high. Anthem is currently seeking $3 billion in annual cost savings, and is involved in a 10-year contract with Express Scripts that is set to run through 2019.

While Anthem decides whether or not it will terminate the contract early, it’s likely other health insurance companies will begin to re-examine their contracts with PBMs to see if they too are being swindled out of drug savings. Additionally, there’s a good chance this will create an increased demand for transparency during the entire drug pricing process—which can easily be deemed one of the most controversial issues in healthcare, considering we live in the only developed nation that allows drug makers to set their own prices.

With America spending $3.8 trillion on healthcare, it’s no surprise that the cry for transparency in the industry continues to get louder.  But why all of a sudden are healthcare companies being held to the same transparency standards as other consumer brands?

Well for starters, consumers are paying more out of pocket.

Insured Americans are paying more of their healthcare bills thanks to the increased popularity of high deductible health plans (HDHPs) amongst employers as they attempt to manage their benefit cost. More and more employers are opting to offer HDHPs as they shift the cost away from the employers and on to the consumer. In 2015, 24 percent of all workers were enrolled in a HDHP—a number that has tripled since 2009. Additionally, 46 percent of employees have annual deductibles of over $1,000.

This forces individuals to think twice about their healthcare choices.

Not only are consumers thinking twice about treatment, but many are forgoing medical care due to cost. Studies

have found that 20 percent of people delayed or postponed care due to cost concerns, and 25 percent avoided necessary care altogether because they could not afford it.

But they also have options.

What consumers may not realize is they have the upper hand when it comes to healthcare—with more options and information available than ever before.  Today’s consumers are empowered by information, especially millennials, who continually strive to make informed decisions.  As a result, companies are forced to become more transparent to appeal to consumers.

So now a primarily B2B industry is shifting to become consumer-centric.

With both health problems and care costs on the rise, Americans need to have quality healthcare options at affordable prices. As consumers continue to take on a more active role in their healthcare decisions, more companies will feel the pressure to be transparent to meet customers’ needs. This is a trend that will likely continue as HDHPs become more common—according to PwC, 44 percent of employers are considering implementing HDHPs as the only benefit option for employees.

How do you think the demand for transparency will impact the future of healthcare? Share your thoughts with us in the comments below. 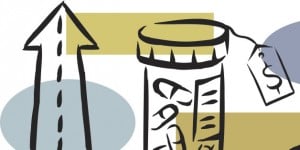