The 21st Century Cures Act: What You Need to Know 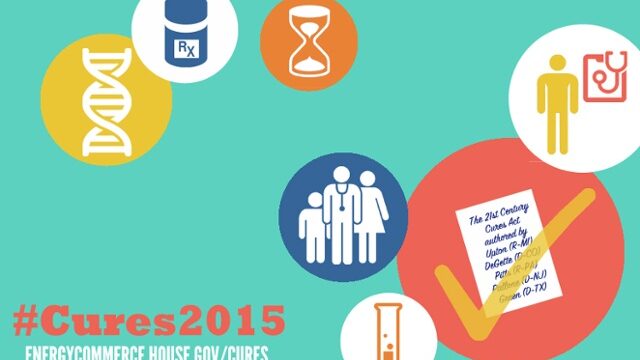 Raise your hand if you know someone who could be helped by a drug that’s currently awaiting FDA approval.  Whether it’s you, a family member, or a friend, chances are that someone you know could benefit from accelerated access to a breakthrough drug or device. (there are some good reasons for this protracted process, but more on that later)

With an average timeline of 12 years to get a new drug from the laboratory to the pharmacy shelf (and more than $350 million in research and development costs), many people miss out on the opportunity to access lifesaving drugs and devices before it’s too late.  And, because of the time and cost to develop a new therapy, rare diseases are less attractive for pharmaceutical companies.  With that in mind, it’s no surprise that H.R. 6, the 21st Century Cures Act, which is being considered this week in the House, seeks to encourage biomedical innovation and the development of new treatments and cures.

Don’t have time to read up?  Here’s your cheat sheet.

WHAT IS BEING PROPOSED?

Some elements of the bill include:

It has been championed by patient advocates, and the pharmaceutical, biotechnology, and device industries.

WHERE DOES IT CURRENTLY STAND?

The House Energy and Commerce Committee unanimously (51-0) approved the legislation on May 21, 2015.  It should be on the floor of the House this week (likely on Friday).  It is expected to pass and will likely move through the Senate in the fall.

Stay tuned – this bill has the potential to deliver better, faster cures, to more patients, but is likely to see major changes in the Senate.  What do you hope to see as part of the bill?