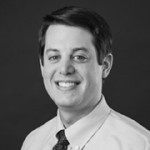 On Selection Sunday, men’s college basketball teams across the country learned if they will be one of the 68 teams vying for an NCAA National Championship in the big dance. March Madness is one of my favorite times of the year, as it is for many Americans, and offers some of the best sports viewing of the year.

To highlight this point, according to the American Gaming Association, 40 million Americans will fill out 70 million brackets this month. There is no doubt there is widespread interest in the tournament, which is not the best news for employers. Challenger, Gray & Christmas, Inc. recently completed a study that showed that between time spent creating brackets and watching games during the work day, the estimated loss of productivity in terms of employee wages is nearly $4 billion. Apologies to employers, as this dollar figure will likely inch higher this year with the games becoming easier to watch thanks to streaming.

I have written before about the emergence of Facebook and Amazon as players in the sports disseminating arena, and this March will be a major marker for streaming services. According to Fox Business, in 2016, the official NCAA streaming service, “March Madness Live,” generated more than 80 million video streams and nearly 18 million hours of video consumption. Last year, those figures jumped to 98 million live-streamers consuming 20 million live video hours.

These numbers are bound to increase, as many other streaming services are grabbing a piece of the pie. This year, basketball fans can catch games on services including Roku, Google Chromecast, Hulu, Amazon Fire TV, Apple TV, YouTube TV and many more (this USA Today article provides a nice breakdown to find the streaming service that best suits you). For fans in the 21 percent of U.S. households without cable or satellite, these services offer a way to watch the games anywhere on any device. Most services offer one- to two-week trial periods — perfect for watching the first and second rounds of the tournament. Industry officials believe that March Madness offers a very good opportunity to convert cord-cutters and cord-nevers who use the free trial into streamers.

What does this mean for advertisers and marketers?

Those in media buying capacities really need to think about incorporating digital and streaming tactics into their advertising mix. People rooting on their favorite teams are continuing to cut the cord and move toward online streaming options.

While this might be seen as an issue, the new viewing habits of fans offer a wonderful opportunity. Consider making an ad buy in one of the many streaming services and pair it with a social media activation. As an example, create an advertisement showing how crazy fans represent their teams during the tournament and elicit fans to share their team pride via social media. Share the top photos in subsequent ads during the tournament. Digital and streaming services allow you to be nimbler in how you advertise.

With games starting in a couple days, it is obviously too late to create a marketing strategy for this year’s tournament. However, the large-scale shift to streaming services applies to all sports. Observe how some vanguard brands are best utilizing consumers’ switch to streaming. The upward trend of online sports viewing is not going anywhere, and will continue to be important. Make sure you consider this avenue when setting your advertising and marketing budget.

Sometime in late April, I will post information on the conversion of cord-cutters that tried streaming services during March Madness and stuck with the service. My guess is that there will be a high conversion rate.

Best of luck to your team this March!