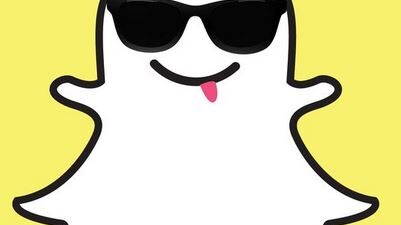 These days, it feels like Facebook and Instagram are all about personal history – telling the story of your life and interacting with friends and family, while creating a digital scrapbook and photo album of sorts. When Facebook unveiled the news feed function, there was a period of backlash and adjustment, but now the news feed essentially dictates the user experience. Instagram is simple – its biggest change was the addition of a few filters last month. Twitter just keeps tweeting. Needless to say, these social networks seem to have fallen into a steady rhythm.

Snapchat, on the other hand, is a total wildcard and a breath of fresh air in a social environment that has started to feel complacent. True – the app is home to all of the photos you don’t want seen on Facebook: bullying, nude photos and this past week, even a murder. But, while it is partially known for its nefarious uses, it’s phenomenal to see the app’s founders and developers still are innovating like it’s 2006.

Just last month, the app unveiled its new “Discover” section, which gives news updates from sources like CNN, Comedy Central and even the Food Network. Are high schoolers the right audience for these? Doubtful, but I like the idea of encouraging teens to follow the news. I see the outcome going a few ways: maybe our teens will become savvier about current events, maybe older millennials and Gen X will start using Snapchat more, or maybe it will just be a failure. Even if it fails, I admire Snapchat’s innovation and commitment to the idea. It’s a smart move to enter the news space with the goal of making Snapchat a go-to for breaking news, rather than Twitter or Facebook. After all, if success really is about short, consumable content, Snapchat is the perfect solution.

Another innovation: the release of Snapchat’s story function late last year, which allows users to create a 24-hour timeline of photos and videos, and now even save it for yourself. In a world where Facebook and Instagram are starting to feel so egocentric, I can see the appeal of the vanishing update.  And, it would seem I’m not alone in my interest. Since launching in 2011, Snapchat’s active use base continues to grow; outlets speculate it is nearing 200 million active users. This is particularly impressive when you consider that Twitter, which is nearing its ninth birthday, boasts 288 million monthly active users.  Hey, even Congressman Sean Duffy of Wisconsin uses Snapchat with his staff as a fun way to keep in touch and update each other.

The app still has a lot of growing up to do, but in the meantime, take a look at it as you’re planning your next campaign. While in some (well, many) cases it won’t be a fit (remember your audience…). For the right brand, it’s a slam dunk.

Related Posts: Managing Through the COVID-19 Disruption Everything you need to know about Snapchat’s On-Demand Geofilters for your next campaign Ruling the Realm of Teendom: What Snapchat’s Doing Right Instagram’s newest, not-so-original, feature & why your brand should care Everything You Need to Know About Snapchat TV Focus Your Post-Pandemic Evolution with Familiar Strategy Tools
X