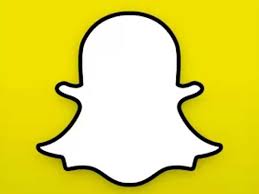 Why should you care about Snapchat? Its users send more than 400 million messages per day and its core audience is 13 year olds to 24 year old – Gen Z – the group that’s leaving Facebook in droves. And you’ll remember, Facebook offered $3 billion for the company in 2013.

When an app like that makes a massive update like it did last Thursday, it’s time to sit up and pay attention.

In last week’s update, Snapchat became as close to real life as any digital application. The app has always been known for the ephemeral nature of its messages, which delete on a timer. But now, it has added real-time conversation, and video… with that same instant delete function.

The app essentially mimics real life. Just like running into someone on the street, you can “run into a friend” on Snapchat, seeing them on your screen, and then having a real-time video conversation with them, which (in true Snapchat fashion) automatically deletes when you’re done.

This is the exact opposite of what other generations are looking for in an app. Boomers, Gen Xers and older Millennials spend a lot of time trying to savor and enjoy special moments, through video, and photos and by extension ,through Facebook and Instagram. Snapchat, on the other hand, shrugs off this nostalgia. It caters to users who are focused on what’s next, rather than lingering on the past: Gen Z.

Yes, Snapchat is a powerful app and the demographic is right for many brands. Yes, it’s high time to start figuring out how to leverage this platform like Taco Bell, Acura and Rebecca Minkoff have done so well. But there’s a bigger question at stake here. Snapchat is just the tactic. It’s time for marketers to take a step back and look at what this affinity for Snapchat indicates about this generation’s social construct. Understanding how this forward-looking generation ticks will be a challenge, but it’s one we have to meet head on if we’re going to market to them effectively when they begin making purchasing decisions in another five to ten years.

Related Posts: Ruling the Realm of Teendom: What Snapchat’s Doing Right Gen Z: Five Key Insights for Healthcare Brands If Teens are Bailing on Facebook, Where are They Going? 20 Digital Facts That You Need to Know What Bo Burnham’s “Eighth Grade” Can Teach Social Media Marketers About Gen Z Everything you need to know about Snapchat’s On-Demand Geofilters for your next campaign
X